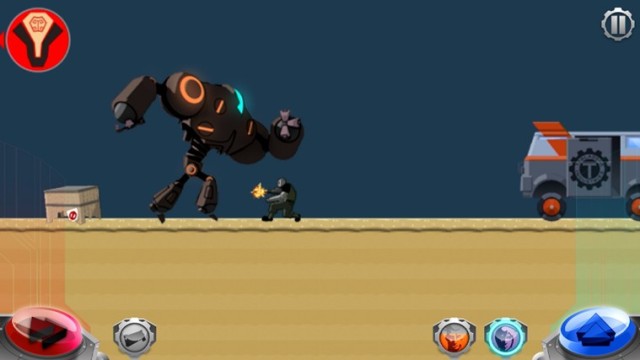 Fans of great independent comic books are likely familiar with Atomic Robo, the series published by Red 5 Comics that's written by Brian Clevinger and drawn by Scott Wegener. The series centers on a robot created by Nikola Tesla who fights evil and has been collected into several trade paperbacks.

Developer Second Fiction released a game based on the series, Atomic Robo Violent Science, for iOS platforms some time ago and today the team announced the game has been released for Windows 8. It is now available for download for $1.49 in the Windows Store. The game itself is a side scroller-based action game where you play as Atomic Robo (natch) through five worlds and 15 levels to explore.

Test your reflexes, coordination and memory as you race through dry landscapes, abandoned warehouses, caverns and more in an abandoned soviet weapons depot. Superscientist Helsingard is looking for something and you’ve gotta get there first.

Second Fiction is promising that it will update Atomic Robo Violent Science in the future that will add more levels to the game along with a way to buy extra gear for faster robo upgrades.