It was only yesterday that news emerged suggesting that AT&T might be about to confirm today that it would be carrying Nokia's new flagship Windows Phone 8 handset, the Lumia 920. That rumour turned out to be slightly wide of the mark, as AT&T has just confirmed that it will not only offer the Lumia 920 exclusively in the US, but that it will additionally stock the Lumia 820.

A post by Ben Rudolph (aka 'Ben The PC Guy') on the Windows Phone Blog reveals that the Lumia 920 will be available in AT&T stores in red, black and white; if you're after the canary yellow or cyan models (yep, AT&T will be offering cyan!), you'll have to order your handset online. 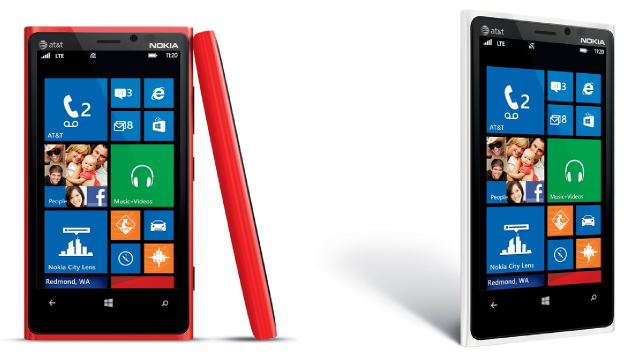 The Lumia 820 will be available in black only, but the handset features interchangeable colour 'shells', along with an additional shell option that enables the 820 to be wirelessly charged, like its bigger brother.

Predictably, perhaps, there's no details on how much either device will cost, and the only information regarding availability is that both devices will go on sale in November.

News that the 920 will be exclusive to AT&T will no doubt disappoint those on Verizon in particular, who will have been hoping to get their paws on the mighty new Lumia. Verizon has made no secret of its renewed commitment to Windows Phone in recent months though, so customers of Big Red will hopefully still have some sweet new WP8 handsets to look forward to in the weeks and months ahead.