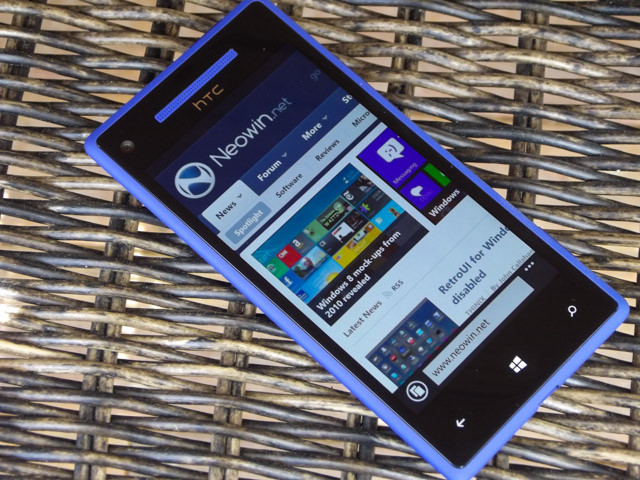 When AT&T started selling the Windows Phone 8X smartphone from HTC in November, it was clear that they would be more expensive than Nokia's Lumia lineup. AT&T priced the 8GB version at $99 and the 16GB version at $199 with a two-year contract. Five months later, AT&T has cut down the price of both models in half.

AT&T's website shows that the 8GB model of the HTC Windows Phone 8X is now available for just $49 with a two-year contract, and the 16GB version can be bought for $99 for the same contract length. That makes the prices of the HTC phone much more competitive to Nokia's Lumia 920 and 820, although the Lumia 920 can also be purchased in a 32GB version.