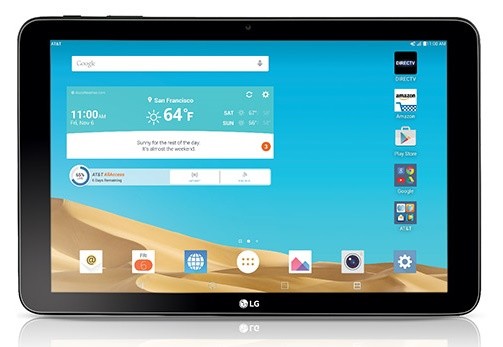 AT&T has announced that it will start selling the LG G Pad X 10.1 tablet starting September 4 in the US.

LG G Pad X 10.1, the successor to the last year's G Pad 10.1, will soon be available in the US through AT&T. The LTE tablet will be first sold through the carrier's website from September 4 while the retail stores will begin selling it a week later from September 11 onwards.

Interested buyers will be able to purchase the tablet with a two-year service agreement at a price of $249.99, or for a 20-month installment plan costing $17.50 per month. AT&T has also revealed that the G Pad X 10.1 tablet is one of the first to come pre-loaded with the DIRECTV app, though a subscription isn't bundled with the device.