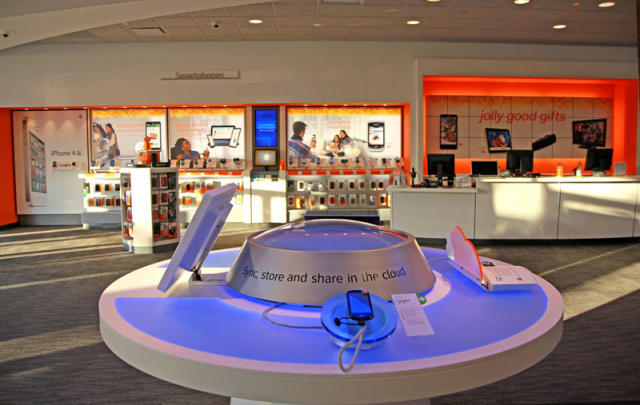 Apple's retail stores have been big hits ever since they launched 10 years ago. The design and look of the store locations match the mood of Apple customers themselves. Now AT&T, one of the wireless carriers for Apple's iPhone and iPad, will launch a concept store design in the Arlington Heights suburb of Chicago on Saturday that has more than a resemblance to Apple's retail store look.

AllthingsD.com reports that the store has over 10,000 square feet of space, which is double the normal amount for an AT&T store. In a bit of a nod to Apple, there are no cash registers in the store. Instead, the AT&T employees will use iPads and iPhones to handle any sales for their customers. Also like Apple's stores, the Chicago AT&T store has large glass windows that are able to show what's inside. It will also have two large touch screens inside.

It's pretty obvious that AT&T sees what Apple has done and has decided to try out a lot of Apple's retail store ideas for its own locations. But will people respond to this Apple clone store or will they just think it is a rip-off?