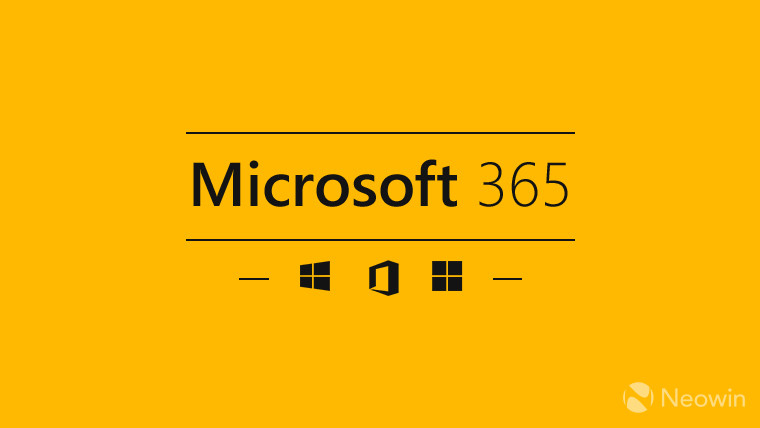 We're nearing the end of yet another month, and so Microsoft is once again recapping all the updates it has made to the Microsoft 365 suite of products in August. This month's update focus on speeding up productivity whether you're using a PC or a mobile device.

Excel got a single update, which is the addition of a new formula, XLOOKUP. Microsoft created this new formula to address concerns with VLOOKUP, such as the fact that it requires sorted data, its inability to find results in left-hand columns, and more. XLOOKUP replaces both VLOOKUP and HLOOKUP, and it takes just three arguments to perform a lookup. You can learn more about it here.

PowerPoint also introduced a couple of updates, one of which is Sketched Shapes, which had been previously announced, and is currently rolling out to Windows Insiders and Office Insiders on Mac. It lets you create diagrams and graphs in a way that represents they're not finalized yet. PowerPoint on the web also got some improvements with the ability to use subscript and superscript text, as well as to change the text's case as needed. Previously, the desktop app was required for these capabilities.

Moving on to mobile apps, OneNote for iPad now lets users insert graphs and shapes into a notebook page. Along with the Mac version, the app can also import meeting details from Outlook so they can be added to a page. Meanwhile, on the iPhone, Microsoft added inking capabilities to the app.

Yammer is another product that's getting some mobile-oriented improvements with a refreshed app interface. The feed now has less visual clutter and better readability, and the app also now supports features like live events, group search, and a new conversations view with a seen count, so you know how many people have seen your messages. These features are already available for Yammer on Android and iOS.

This month also sees some updates to simplify IT management, which includes new FastTrack guidance to help users migrate from Windows 7 and Office 2010 to Windows 10 Enterprise and Office 365 ProPlus. The guidance is available to all elligible commercial customers.

Microsoft is also expanding its data residency offerings to more countries, and Teams customers in South Korea can now have their data stored in a datacenter in the country to comply with legal requirements. Additionally, Multi-Geo Capabilities are now available in South Africa and the UAE.

Rounding out this month's updates are a simplified Office activation experience for Office 365 ProPlus, Office 365 Home, Personal, and Solo (only available in Japan), support for macOS' FileVault disk encryption in Intune, and the general availability of Microsoft Defender ATP for US GCC High customers. Of course, Microsoft also announced a dark mode for Microsoft 365 apps earlier today.