Over the last decade, we've seen some rather inspiring technological advances in the field of prosthetics. Once upon a time, artificial limbs were made of plastic or wood with little to no actual mechanical function for the amputee. These days, we are seeing robotic limbs coming to the fore with increasing points of articulation with each successive generation.

Back in 2008, Marine Lance Cpl Joshua Bleill, a double leg amputee, was able to walk again thanks to Bluetooth-enabled artificial legs as part of his ongoing rehabilitation. More recently, in 2014, Leslie Baugh became the first bilateral shoulder-level amputee to wear and operate two robotic arms wirelessly after losing both arms in an electrical incident 40 years prior.

However, one major shortcoming of robotic limbs has been the lack of tactile sensation for their users. This has left those with such prosthetics to rely upon their sense of sight to make sure their limbs are acting as intended. 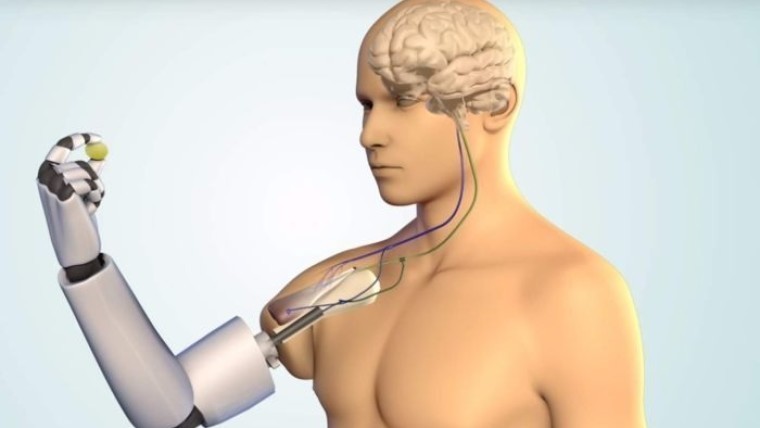 A joint initiative between St Vincent's Hospital's Aikenhead Centre for Medical Discovery (ACMD) and the University of Melbourne seeks to close this gap in the feedback loop. The combined project team has been successful in enabling communicating from the brain to a robotic arm but are now examining how signals from the arm are returned to and interpreted by the brain.

While research has been underway for a number of years, Professor Peter Choong from St Vincent's Hospital remains hopeful of finding "the next breakthrough in the next couple of years", and said:

We already have amazing developments in prosthetic limbs, and this research is more about allowing a person to have feel control on that limb, just like it were a normal human limb.

As to the range and level of sensory feedback that patients will be able to experience remains to be seen but these ambitious goals do provide affirmation for the future of prosthetics.