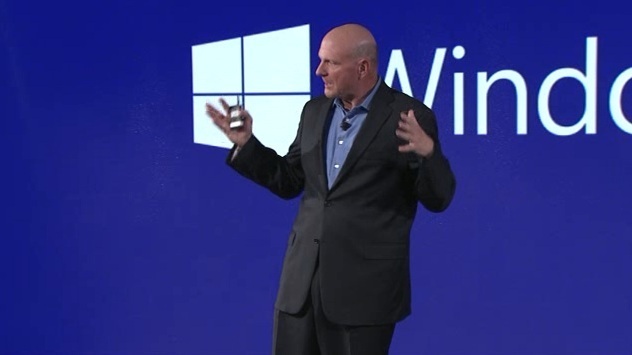 Microsoft CEO Steve Ballmer made a surprise appearance today during Nokia's Lumia press event in New York City. He stated that this would be "a year for Windows". It's clear that Ballmer wants the world to know that Microsoft is aiming to reinvent the Windows brand with Windows 8, Windows Phone 8 and Windows RT.

One thing we failed to mention during our live blog was a statement made by Ballmer's during his brief appearance on stage. He predicted that in a year's time, there would be 400 million Windows 8 and Windows Phone 8-based hardware products out there in the world. That includes PC s, notebooks, tablets and hybrids on the Windows 8 side, and smartphones on the Windows Phone 8 side.

That's certainly an ambitious number, but it's certainly doable, mostly because PC makers will start installing Windows 8 on new PCs on October 26th. Despite the slowing sales growth of new PCs, there will still be a lot of them that will have Windows 8 on their hard drive.

The big question: How many of those 400 million hardware devices will be running on Windows Phone 8?