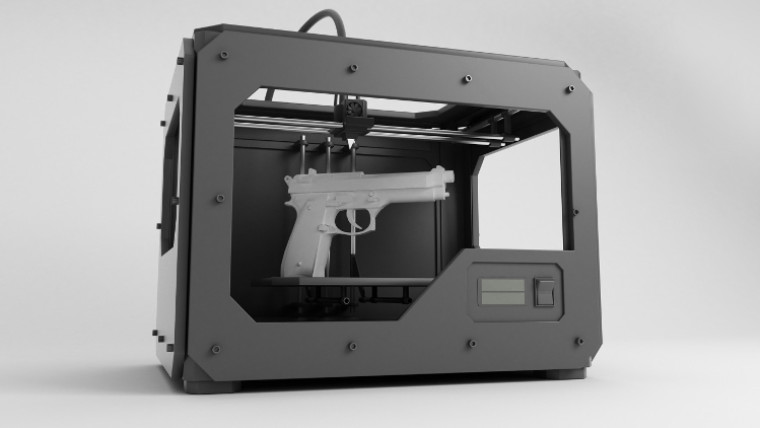 The current American government is attempting to curb the rising trade of 3D-printed guns. The Justice Department has issued a final rule governing 3D-printed firearms. The new set of laws has multiple measures aimed at restricting the sale and distribution of "Ghost Guns".

3D-printed guns are commonly referred to as Ghost Guns primarily because they have no traceability. These guns do not have any official markings, including the mandatory serial number. The lack of all markings makes such guns almost impossible to trace or link to a particular owner or licensed trader. Needless to mention, this makes 3D-printed ghost guns an ideal weapon of choice for criminals.

The Biden administration has essentially forced federally licensed dealers and gunsmiths to serialize any unmarked firearm (such as a 3D-printed gun) before selling it to a customer. Simply put, a licensed gun trader will have to affix a government-approved serial number on a 3D-printed gun.

The rule also includes a few key other restrictions that are not meant specifically for 3D-printed weapons. There is an effective ban on un-serialized "buy build shoot" kits, which essentially elevates them to the status of a firearm. This means there will have to be strict licensing and background check requirements even for “print your own gun” kits. Moving ahead, licensed dealers will have to keep "key records" until they shut down, and not just for 20 years.

It is concerning to note that anyone with access to a decent 3D printer, and an industrial-grade spool of plastic thread used in 3D printing, can easily manufacture a gun. The “printing” does take several hours, but that could be a minor issue. Those interested in mass production can also deploy multiple 3D printers, and simply “print” guns at scale.

The Biden administration is trying to curtail the business end of the 3D-printed ghost guns by forcing licensed traders to be accountable for such firearms. However, mere laws may not be enough to stop anyone from simply downloading blueprints from the Internet, and 3D printing a firearm. Popular social media platforms, such as Facebook, have long been trying to limit the ease of availability of the software for making guns at home.