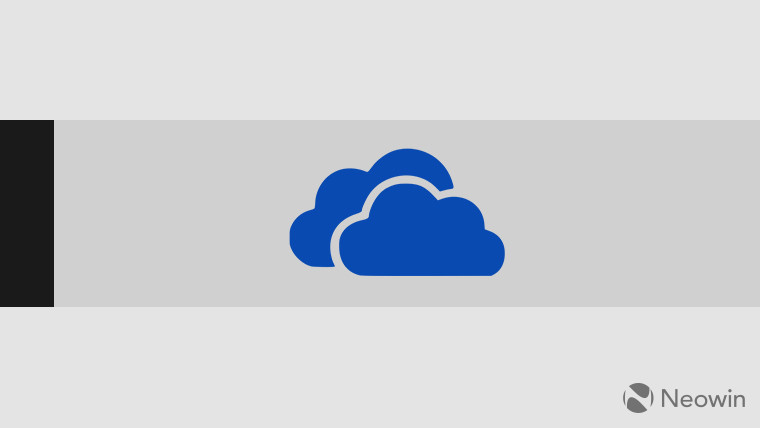 Microsoft announced this week that it's introducing a few improvements to the OneDrive sync client for Windows, with an expected rollout later this month. The updates come less than a month after the Known Folder Move feature was introduced in late June.

syncing when the device enters Battery Saver mode. This seems logical since the purpose of Battery Saver is to reduce power consumption, and it actually seems a little surprising that it wasn't available already. Naturally, syncing will resume once the device stops being in Battery Saver mode and a notification will also pop-up when syncing is paused, giving users the option to sync anyway.

Sending feedback will also be easier with this update, with the option showing up in the app's menu right away (in our version of the app, it's currently hidden under "Help"). Also, the "send feedback" button will now give the user three options: "I like something", "I don't like something" and "I have a suggestion", with the latter taking the user to the OneDrive UserVoice page to submit an idea.

Lastly, the Activity Center is getting redesigned with a touch to "improve ease of use and understanding". Most notably, based on the screenshot, it seems the Activity Center now features an acrylic effect from Microsoft's Fluent Design, as you can see some colors shining through the window. Our test devices running Insider builds already seem to have the same layout, but lack the transparency effect seen in the screenshot.

All in all, despite not being ground-breaking new features, the upcoming improvements should make for an all-around more pleasant experience. As mentioned above, the update is expected later this month, though a specific date hasn't been given.