Today at the annual Microsoft Global Exchange (MGX) in Atlanta, a showcase event for the company’s own employees and a few select people from outside of the company, Microsoft touted its new motto. Be What’s Next. This new motto was rumoured last month.

The new tag line was first officially shown in a video which also emphasises how flexibility exists between the various brands from Microsoft. Some assumed that the ribbon icons within the video indicated that Microsoft was about to announce a brand new set of logos for its products. Engadget have confirmed with Microsoft that this is not correct; the ribbon icons were only used as a one off for the video only and will not be used as product logos.

Engadget have a copy of the video and pictures of each of the product icons.

These new icons got people interested in a company wide rebranding by Microsoft with Long Zheng posting a picture of another possible rebranding of Microsoft’s products he discovered in a video last week. 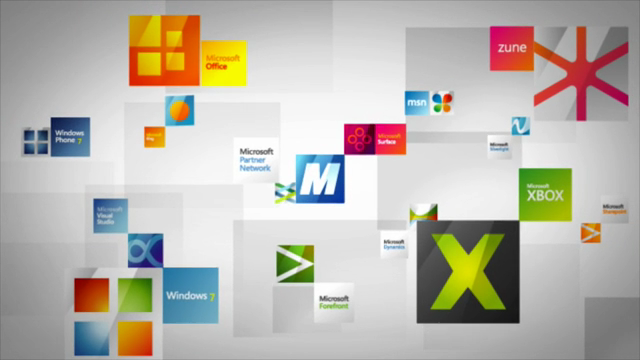 There is no indication that Microsoft will actually use these new logos or rebranding but it is interesting to note that Microsoft appears to have contacted several companies looking for new ideas for its branding.

There had been no rumours of a rebranding effort from Microsoft before the MGX event and it seems that Microsoft is only unveiling a new motto and nothing more. “Be What’s Next” appears to have been well received by the Microsoft community with some seeing this as a greater focus on consumers and an affirmation by the company that they will offer the next major products. The ribbon icons in the first video were not liked on the whole, so just as well Microsoft aren’t planning to use them, however the logos and rebranding in the second video have been widely liked.

Many people liked Microsoft's old motto of “Your Potential, Our Passion” but it had more of a business sound to it than the consumer oriented “Be What’s Next”. Obviously it still remains to be seen if this new motto assists Microsoft in the various markets it competes in or gives the company a new direction and drive.