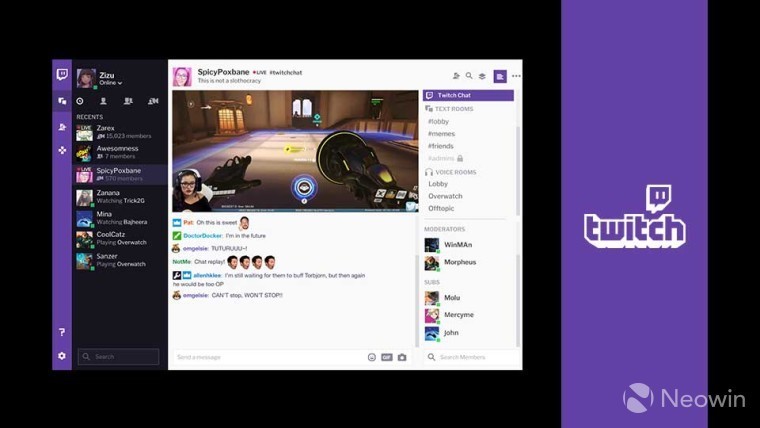 Streaming is a popular way of consuming video content, and one of the well established players in the sector is Amazon-owned Twitch. The time has now come for the streaming service to expand to yet another platform.

A few months ago, Twitch acquired Curse, the network of gaming websites and wikis, and makers of the eponymous Voice Over IP service and client. Using it as a base, Twitch has now created its very own desktop app.

Features of this soon to be launched application include the ability to create your own Twitch server and stay in touch with members of your community (even if the stream is offline), support for importing and centralizing friends from different communities, as well as support for whispers (the Twitch equivalent of private messages). You'll be able to communicate with your friends or subscribers using voice calls and chat, too.

The timing of this launch is interesting, as Twitch is also wants to start selling games directly through its site, in an attempt to support streamers. Some of these games will even be available to download through this new desktop client, which also integrates with Curse's add-on/mod community and platform. In Twitch's own words, users will be able to:

[...] easily find, install, and manage all your game addons/mods. Soon after launch, you’ll even be able to sync your mod settings across multiple machines for free with Cloud-Sync.

The beta version of the Twitch sesktop app will be available starting March 16 at app.twitch.tv.