Phones have been getting larger for some time now, but recent developments suggest that things might be getting a little bit out of hand. After Samsung unveiled its enormous 7-inch smartphone, the Galaxy W, this week, another manufacturer has decided that it's time to think bigger too, with a 6.45-inch Windows Phone. 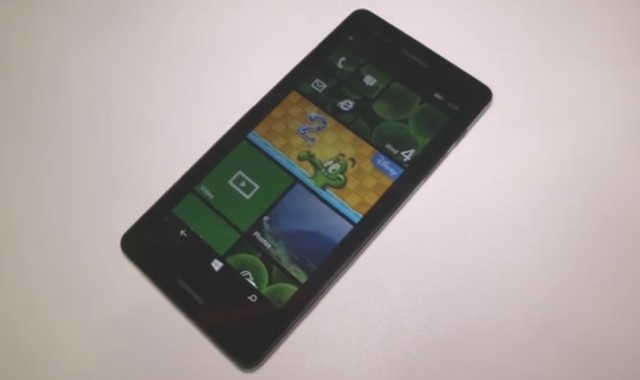 Unlike the Galaxy W, however, the Wistron Tiger won't be going on sale - at least, not in its current form. Wistron is an ODM that designs hardware for other companies, and its Tiger is a 'white label' reference design that it hopes will appeal to a company that wants to sell it under its own brand.

As you can see from the images captured by MobileGeeks.de, the design of the Tiger is somewhat plain, but that is fairly typical of a reference design, which is intended to be a 'barebones' showcase for the device, which can then be customized before going on sale. ODM customers will generally want to add their own branding to a reference design, but may also change its specs if desired - for example, adding more storage or additional colour options.

The device appears pretty slim and features a quad-core 2.3GHz Snapdragon 800 processor and aluminum bodywork, while the display offers Full HD (1920x1080px) resolution. One notable feature is the stereo speakers, positioned above and below the screen.

Wistron is one of numerous ODMs developing Windows Phone reference designs since Microsoft dropped its licensing fees for the OS, but it remains to be seen if the Tiger ever finds a home in the product portfolio of another brand. The company was one of several ODMs named by Microsoft in a presentation at Computex at which several new Windows Phones made their first public appearance.

The largest Windows Phones currently on sale are Microsoft's Lumia 1320 and 1520, which both have 6-inch displays.