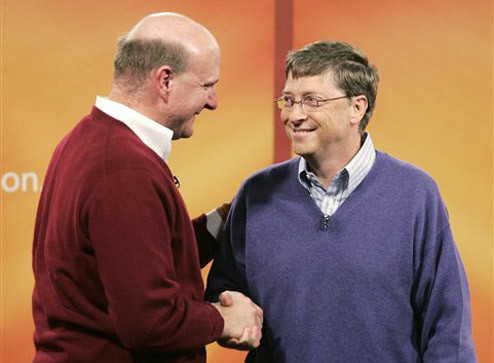 Bill Gates and Steve Ballmer, both former CEOs of Microsoft, are backing a gun-control campaign in Washington state that is pushing for all gun sales to require a background check even if it does not come from a firearm dealer. But those two are not the only Microsoft employees donating to the cause with a total of 18 other donations from Microsoft employees noted as well.

Gates donated $50,000 to the cause while Ballmer wrote a check for $580,000 but compared to their wealth, it was not a large sum, but for the campaign, it has amounted to a significant contribution as those for the cause are outpacing those against it by a ratio of 4:1.

It's not unusual for wealthy individuals to get involved with political campaigns and it is clear that both Ballmer and Gates stand on the same side of the fence when it comes to gun control in the state of Washington. While money can't buy votes, it certainly does help to sway public opinion about which way they should vote.

For Ballmer, this is a small check compared to the one he wrote for $2b for the LA Clippers as that deal finally closed this week too.