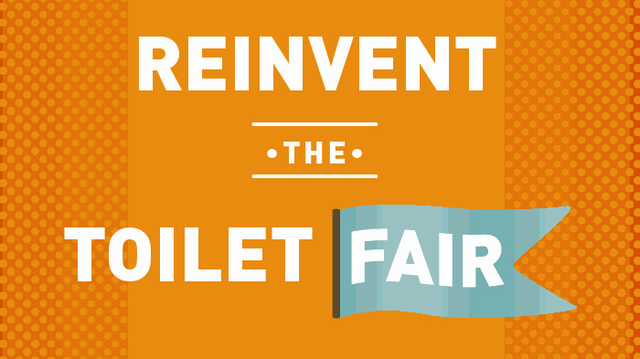 Bill Gates wants to change how you do business yet again. Researchers from all over the world gathered in Seattle today to participate in the Bill & Melinda Gates Foundation's Reinvent the Toilet Fair.

As strange as it sounds, reinventing the toilet has become something of a passion for Gates over the last year or so, and it goes hand in hand with saving millions of young lives. And if you're living in a third world country, it might not sound strange at all - Gates says that unsanitary toilets account for the deaths of 1.5 million children every year. Even though it's a little taboo to talk about toilets, you do what you've gotta do. And for 40% of the world, the toilets we all know and love just don't cut it.

"The flush toilets we use in the wealthy world are irrelevant, impractical and impossible for 40 percent of the global population, because they often don't have access to water, and sewers, electricity, and sewage treatment systems," Gates wrote on his blog, The Gates Notes A toilet for the modern world has a lot to live up to; it has to be sustainable, and affordable enough to deploy into poor countries. And while it's saving lives in Africa, the toilet of the future will be saving water on the home front, since a modern flush toilet wastes about 10 times the amount of water needed to keep a person alive each day.

So, the Gates Foundation decided that it was time to call together the best and brightest minds in the world to solve the problem. And so the Reinvent the Toilet Fair was born, and it's already producing some interesting results. As the event kicked off, Bill Gates awarded prizes to three universities who had been working on projects to transform, uh, 'waste,' into something useful.

The California Institute of Technology came in first, with a toilet that generates hydrogen and electricity, while Loughborough University's charcoal-producing toilet came in second, followed closely by the University of Toronto's toilet, which 'sanitizes' poop and creates clean water and 'resources,' whatever the hell that means. We're not sure that we want to know. The Swiss Federal Institute of Aquatic Science and Technology, meanwhile, earned itself an honorable mention for its outstanding achievements in 'toilet user-interface.

As funny as that sounds, we've got to point out one more time that this is serious business, and we've got to commend Gates for using his influence and resources to do great things. It really doesn't get any better than saving lives, even if it is because he's helping to build a better toilet. Nothing embarrassing in that.