Bing has become the first of the major search engines to display a popup warning to those in the UK intentionally searching for sites containing images of child abuse.

The Bing Notification Platform will warn the user that the content is illegal, and offer details of a counselling service. The popup is triggered by ‘blacklisted’ terms from a list compiled by the Child Exploitation and Online Protection Centre when entered into the search engine.

Prime Minister David Cameron had already pointed out that companies should be doing more to ensure such images are not accessible online. Cameron accused firms of not doing enough to block access to images of abuse and met with tech companies such as Google to discuss preventative measures.

His calls for tighter security followed the high profile murders of Tia Sharp and April Jones, whose killers had both accessed indecent images before committing their crimes. 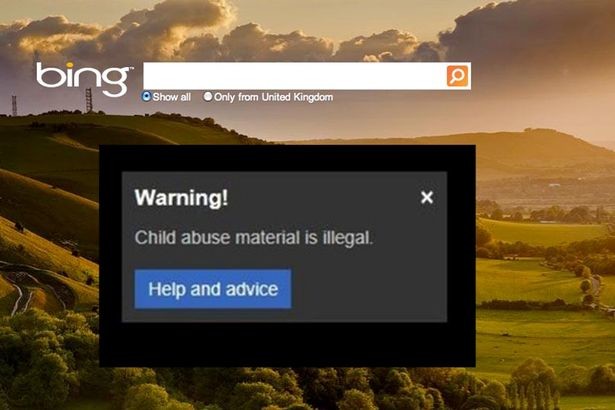 The Bing notification aims to “stop those who may be drifting towards trying to find illegal child abuse content on the web via search engines”, said Microsoft.

A spokesman for Bing said:

The notification will also contain a link to Stopitnow.org who will be able to provide them with counselling.

“Child abuse imagery is illegal and we have a zero tolerance policy to it.

“We use purpose built technology and work with child safety organisations like the Internet Watch Foundation to find, remove and report it, because we never want this material to appear in our search results.

“We are working with experts on effective ways to deter anyone tempted to look for this sickening material.”

The move also follows a massive clampdown on the availability of legal pornography being accessible from UK ISP's; from next year UK residents will have to "opt in" to access pornography sites, although the ban could be implemented before the end of this year.

Source: The Independent | Image: The Mirror