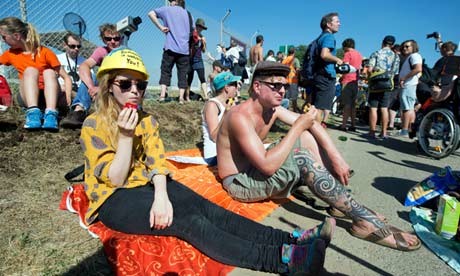 Thousands of people demonstrated across Germany yesterday over claims of widespread online privacy invasion by the NSA and demanded the release of Wikileaks whistleblowers Edward Snowden and Bradley Manning.

The widespread protests, which occurred in over 30 cities, such as Frankfurt, Munich and Berlin, were led by the organisations such as the Green Party and the #stopwatchingus movement.

The demonstrations began as Der Spiegel magazine claimed that German Intelligence operated one of NSA’s spying programs, and demanded Chancellor Merkel to explain her role in these allegations.

The magazine claims that Germany utilized a program called “XKeyScore”, which allows an agency to attain unfiltered data that an individual has accessed over a period of time.

Furthermore, the magazine claims that Germany’s international and local spy agencies BND and BfV could survey “any terms the target person has typed into a search engine,” which could pose a serious breach to millions of people by “restricting their freedom”, according to the Green Party.

The German Chancellor denies any involvement with the U.S intelligence agency, citing that she had only learnt about it “through the current reporting” of the media, while speaking out strongly in favour of international protection of internet data.

BND, BfV and the NSA have all declined to comment on the use of the "XKeyScore" program.