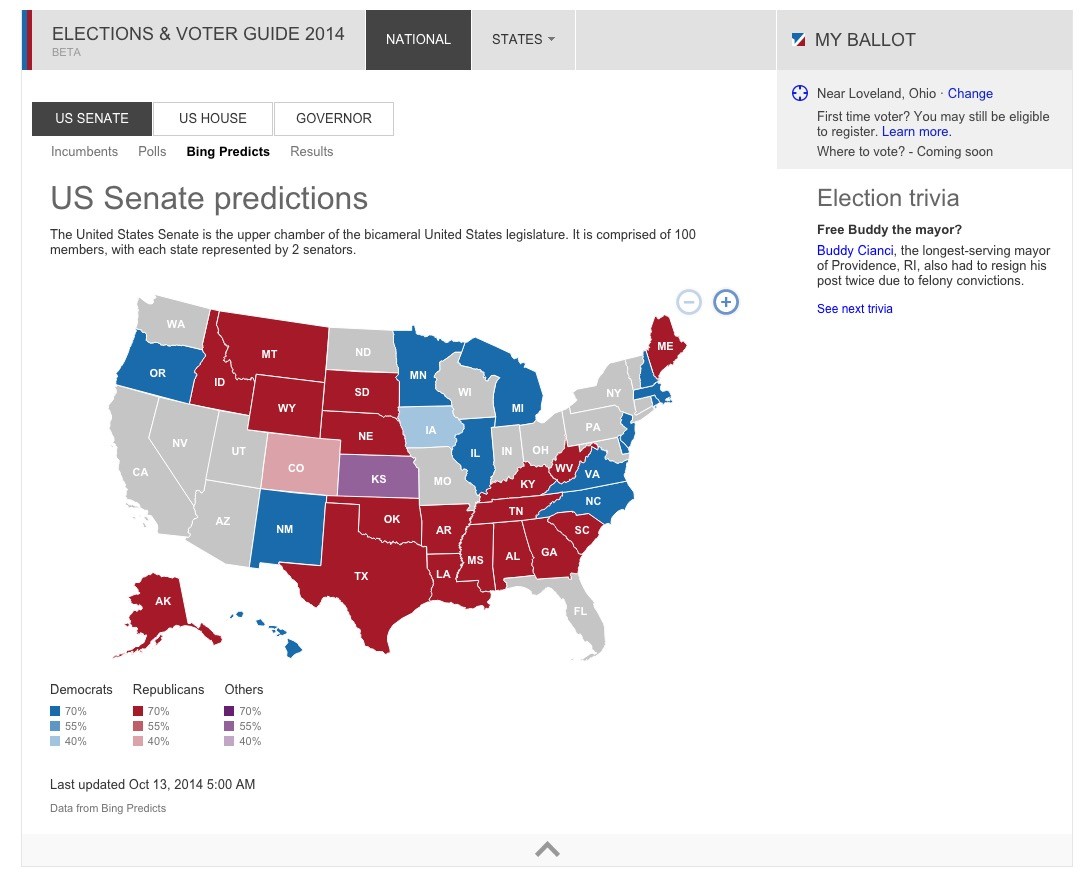 Microsoft has been making quite a few moves in the content space lately with the rebranding of Bing apps to MSN, and now the Bing team has a new political hub to help you out during the upcoming election cycle.

Launching today, the Bing Election hub aggregates all of the election content in one, easy-to-use central resource. But more than simply pulling all the content together, Bing is taking a stab at predicting the winners in each race too.

Much like it has with NFL games and the World Cup, Bing will be working to predict the winners in each electoral race as well. Organized on a map, with a few simple clicks, you can find out who each candidate is, their political party, and the likelihood that they will win their race.

What's interesting about the 'hub' is that if you look at the URL slug, it is really a well-crafted search. Rather than stripping the content out of Bing, this portal is built in to the site using live data.

You can head on over to the site via the link at the bottom of this post and we will be curious to see how well the prediction engine does with this type of data, which is quite a bit different than the sporting events that it has typically predicted.