Microsoft has announced the launch of a new Bing app for Apple's iPhone, which it says 're-imagines' mobile search, to make it easier to 'find' and 'do' things on your device than ever before.

"Mobile search is different from search on a PC," Microsoft explained in its news release today. "With mobile, we want instant answers and the ability to take immediate action." 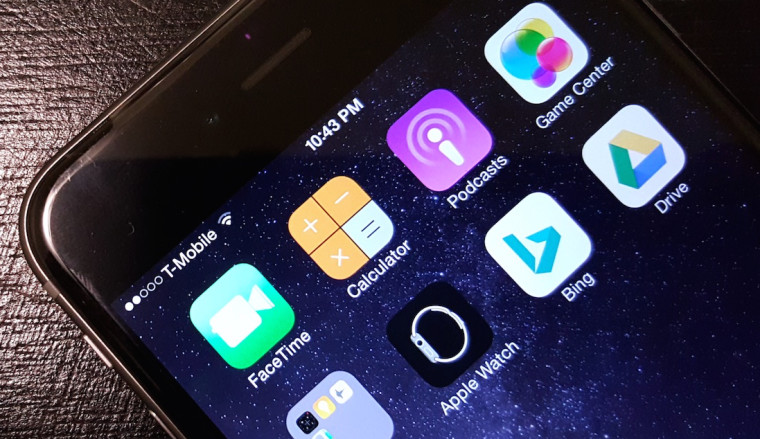 Indeed, the company says the new Bing app has been "re-built from the ground up for mobile", not just to deliver better performance over the previous version, but more significantly, to offer a more thoughtful approach to search on mobile devices - one that it hopes will allow users to spend less time searching and more time getting things done.

Ryan Gavin, Microsoft General Manager of Search, told me that the company has built on many of the lessons it's learned so far from developing "richer and fuller" search experiences on Windows 10. But as he pointed out, it's not enough to simply duplicate the way that we search on PCs onto our smartphones.

"You follow this space more closely than others, and you've seen how search on a mobile device, it's felt like a copycat experience from the PC in many ways," he told me. "But our needs there are fundamentally different. We have a patience for searching for links, and finding answers through those links - but on a mobile phone, we just want an answer. And when I get that answer, I oftentimes want to take an action."

And that, really, is at the heart of what Microsoft is trying to achieve with its new Bing app for iPhone. When you're looking for a restaurant, the chances are it's because you want to book a table; when you're looking for a song, you'll probably want to watch the video or find lyrics too; and when searching for a store, you might also want to see if there any deals available there. Microsoft says that the app has been redesigned to make it easier not just to find information, but also to make it easier to take the next step in that process.

Behind the scenes, Bing's Knowledge and Action Graph indexes over 21 billion facts, 18 billion actions and around 5 billion relationships, so that when a mobile user carries out a search - whether by typing it in or speaking to their device - the results not only surface basic information, but also take you to the right actions. And as Gavin noted, over 85% of actions on mobile devices happen in apps.

So a major focus in Microsoft's development of the new Bing app on iPhone was on indexing apps - and not just those already installed on a user's device. The 'find and do' approach also encourages new app discovery based on the actions that you're likely to complete - search for a movie, for example, and even if you don't have Netflix installed on your iPhone, it will be presented as an option to help you take the next step, i.e. watching that movie on your device.

And for those concerned that Microsoft will only be promoting certain apps - perhaps its own, or those of partners that have paid to get eyes on their products - Gavin assured me: "We're connecting the best app, whether it's installed on your phone or not - for the answer or action that you may be trying to take. So we don't sell that as advertising, we don't sell those commercial arrangements or business development deals... So we really have a different approach there, I'll just say, than some others."

And there's more to come. New features are already in the works, and with the company's extensive work in voice search capabilities, it expects this feature in particular to be transformational in how we continue to interact with our devices.

Gavin said: "I think we are very much in the early days there, but when we think about that modality and the importance of it going forward, it’s hugely important. And so our investment is very strong there, and we think we’ll continue to grow, and people will start to realize that more and more."

The new app is available now on the App Store in the United States - and inevitably, that will be a sore point for some. Microsoft said only that it's "working on" bringing it to other markets, and a redesign is also in the works for the Android version of the app, but it's keeping its lips sealed on exactly when those things will happen.

And by the way, you may have spotted that the new app ditches Bing's familiar gold branding in favor of teal; a Microsoft spokesperson told me that the iOS release is just the first appearance of this refreshed branding, but it will make its way to Bing on other platforms in the weeks and months ahead.

Whether or not Microsoft has succeeded in its ambitions to truly 're-imagine' mobile search will ultimately be decided by the users of its new Bing app. The company told me that Bing currently has 20.8% share of the search market in the US - but of course, it has a long way to go to catch up with its largest rival, Google, both at home and abroad, and the release of this new app will just be one more step in that process.

You can find out more about the new Bing app in our hands-on overview and gallery, and if you download it to your iPhone, be sure to share your thoughts with us.