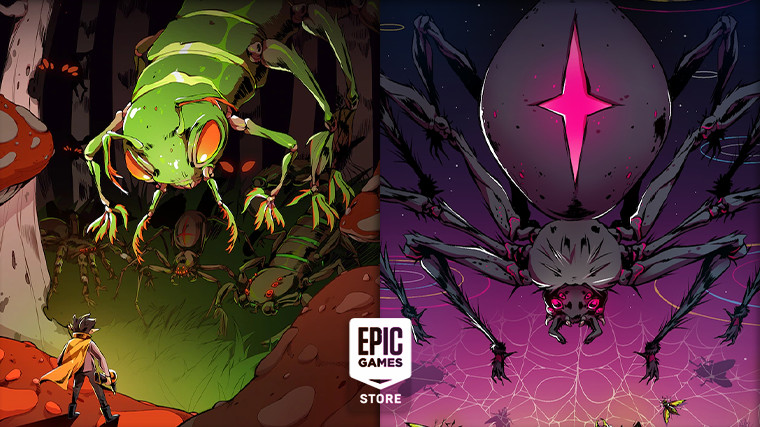 It is giveaway time at the Epic Games Store again as the weekly promotion has gone through another refresh. This time it is a double drop of games and a bonus pack that's available. With the change, the reimagined versions of Centipede and Black Widow arcade games have now replaced Cris Tales from last week.

Originally released in the early 80s, Centipede and Black Widow are classic arcade games that received "Recharged" versions in 2021, all with modernized elements such as support for 16:9 displays, upgraded visuals, smoother controls, online leaderboards, and brand new soundtracks.

In addition to the two free games, Epic is also throwing in a bonus premium bundle for Dauntless, the free-to-play co-op action RPG. This carries 3 days of VIP access and multiple in-game currencies to redeem.

The arcade games come in at $9.99 each when not on sale. The quite lenient minimum requirements are also the same across both games:

The giveaways for Centipede: Recharged, Black Widow: Recharged, and the Dauntless Epic Pack will last until next Thursday, March 10, which is when Cities: Skylines will be put on offer.