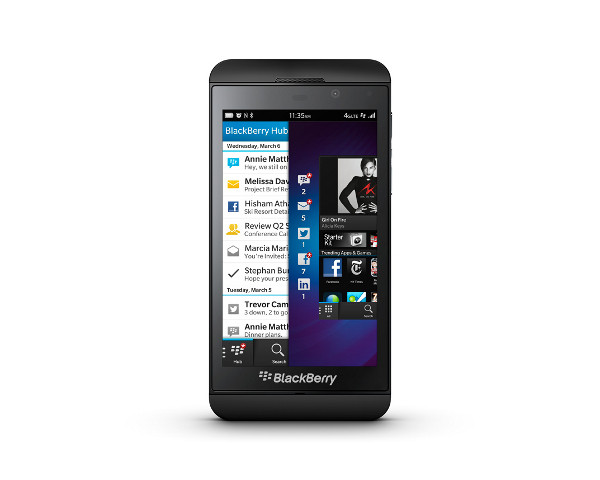 As we already knew from prior leaks, RIM, now called BlackBerry, was aiming to launch their brand new BB10 OS on two devices. Though most of the info was already known, BlackBerry has now officially launched two new smartphones: the Z10 and the Q10. Both phones are scheduled to come to the US in March.

The Z10 is a full touch handset that will be sporting a 4.2 inch touchscreen with a 1280 x 769 resolution coming in at 356 ppi; the new device will be released in black and white models. The handset will be powered by a dual-core CPU of unknown make and will feature 2GB of RAM alongside 16GB for storage. This can be expanded via a microSD card up to 32 GB, so 48 GB in total. The Z10 will also feature the usual sensing instruments: accelerometer, magnetometer, gyroscope, light sensors, plus it also has Bluetooth 4.0 built-in.

The phone also has a rear-facing 8-megapixel camera with 1080p HD video filming as well as a front-facing 2mpx camera for 720p video chatting. The phone will be available on both AT&T and Verizon with LTE radios and, as mentioned earlier, will become available in March for $199 on contract though prices may vary depending on carrier. 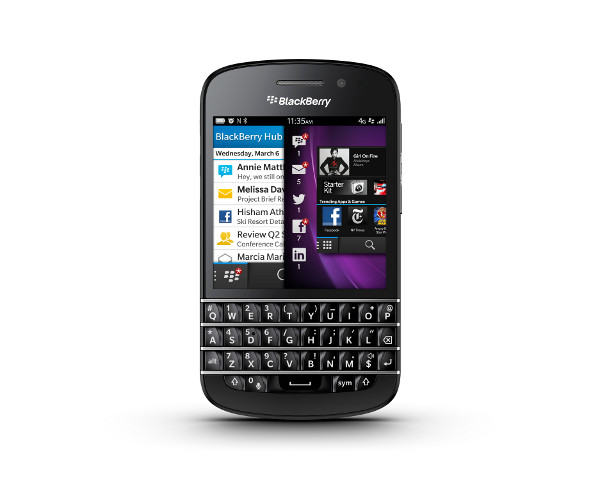 The Q10, pictured above, is a whole different type of handset. It has a full QWERTY keyboard and RIM says this will offer the best typing experience on any smartphone. It features a 720x720 screen and a specially crafted glass back cover. As soon as more info is made available we'll update this post.