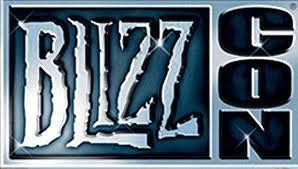 Blizzard decided to take a year off in 2012 in terms of holding its BlizzCon fan event, but that was mostly because the developer was very busy launching Diablo III in May and World of Warcraft: Mists of Pandaria in September. In March 2013, the StarCraft II expansion pack Heart of the Swarm will be released, which means that Blizzard would have released three retail games in the space of one year.

With those projects out of the way, Blizzard now feels 2013 is the time to once again hold BlizzCon. Today, the developer announced it will be held on November 8-9 at its long time home at the Anaheim Convention Center in Anaheim, California.

As with previous BlizzCons, the 2013 edition will allow fans of the developer's games to get together in one place to play games, check out panel discussions, buy special merchandise, participate in costume contests and more. Tickets for the event are not yet available but people can go ahead and reserve hotel rooms in Anaheim at special rates.

The event will almost certainly be the excuse for Blizzard to announce a number of upcoming games. It's likely we will get the first info on the next World of Warcraft expansion pack, as well as the first Diablo III expansion. The big question: will Blizzard reveal the first details on Project Titan, its long awaited second MMO game that's still under a shroud of secrecy?