Since last November, Broadcom has tried and failed to make progress on its attempts to buy out U.S. semiconductor giant Qualcomm. Broadcom's initial bid for the company - mostly known for the popular Snapdragon range - of $70 per share was denied a week after it was made. It then upped the offer to $82 this year, to no avail. Qualcomm's Chairman Paul Jacobs rejected these hostile bids, noting that its Singapore-based competitor seriously undervalued the company's future prospects. 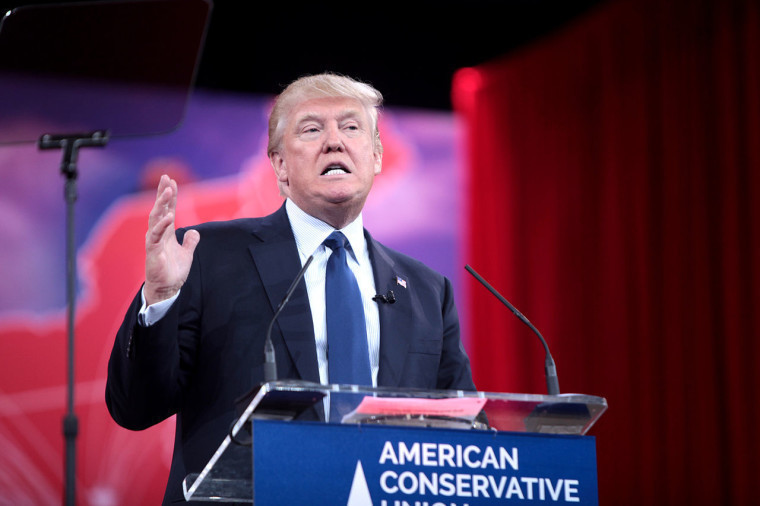 However, it seems that the cat-and-mouse game between Broadcom and Qualcomm has officially come to an end. In a rare move for a sitting President, Donald J. Trump blocked the deal citing national security concerns:

"There is credible evidence that leads me to believe that Broadcom Limited, a limited company organized under the laws of Singapore (Broadcom)...through exercising control of Qualcomm Incorporated (Qualcomm), a Delaware corporation, might take action that threatens to impair the national security of the United States,"

This follows on a letter issued by the U.S. Treasury's Committee on Foreign Investment (CFIUS) on March 5, that pointed out several issues regarding Broadcom's reputation, among other things. The Singapore-based company, however, remained optimistic that plans to move its headquarters to the United States could salvage the deal in future. Beyond that, the company also disputed the claims that the acquisition could potentially impede national security in a statement issued on Monday.

The order by the U.S. Government also blocked all 15 proposed candidates by Broadcom for the board of Qualcomm's to run for election.

The full statement by the White House follows below:

Office of the Press Secretary

Upon review of a recommendation from the Committee on Foreign Investment in the United States and consideration, as appropriate, of the factors set forth in the Defense Production Act of 1950, as amended, the President has made relevant findings and issued the following Order:

REGARDING THE PROPOSED TAKEOVER OF QUALCOMM INCORPORATED BY BROADCOM LIMITED

By the authority vested in me as President by the Constitution and the laws of the United States of America, including section 721 of the Defense Production Act of 1950, as amended (section 721), 50 U.S.C. 4565, it is hereby ordered as follows:

Section 1. Findings. (a) There is credible evidence that leads me to believe that Broadcom Limited, a limited company organized under the laws of Singapore (Broadcom), along with its partners, subsidiaries, or affiliates, including Broadcom Corporation, a California corporation, and Broadcom Cayman L.P., a Cayman Islands limited partnership, and their partners, subsidiaries, or affiliates (together, the Purchaser), through exercising control of Qualcomm Incorporated (Qualcomm), a Delaware corporation, might take action that threatens to impair the national security of the United States; and

(b) Provisions of law, other than section 721 and the International Emergency Economic Powers Act (50 U.S.C. 1701 et seq.), do not, in my judgment, provide adequate and appropriate authority for me to protect the national security in this matter.

Sec. 2. Actions Ordered and Authorized. On the basis of the findings set forth in section 1 of this order, considering the factors described in subsection 721(f) of the Defense Production Act of 1950, as appropriate, and pursuant to my authority under applicable law, including section 721, I hereby order that:

(a) The proposed takeover of Qualcomm by the Purchaser is prohibited, and any substantially equivalent merger, acquisition, or takeover, whether effected directly or indirectly, is also prohibited.

(b) All 15 individuals listed as potential candidates on the Form of Blue Proxy Card filed by Broadcom and Broadcom Corporation with the Securities and Exchange Commission on February 20, 2018 (together, the Candidates), are hereby disqualified from standing for election as directors of Qualcomm. Qualcomm is prohibited from accepting the nomination of or votes for any of the Candidates.

(c) The Purchaser shall uphold its proxy commitments to those Qualcomm stockholders who have returned their final proxies to the Purchaser, to the extent consistent with this order.

(d) Qualcomm shall hold its annual stockholder meeting no later than 10 days following the written notice of the meeting provided to stockholders under Delaware General Corporation Law, Title 8, Chapter 1, Subchapter VII, section 222(b), and that notice shall be provided as soon as possible.

(f) From the date of this order until the Purchaser and Qualcomm provide a certification of termination of the proposed takeover to CFIUS pursuant to subsection (e) of this section, the Purchaser and Qualcomm shall certify to CFIUS on a weekly basis that they are in compliance with this order and include a description of efforts to fully and permanently abandon the proposed takeover of Qualcomm and a timeline for projected completion of remaining actions.

(g) Any transaction or other device entered into or employed for the purpose of, or with the effect of, avoiding or circumventing this order is prohibited.

(i) This order supersedes the Interim Order issued by CFIUS on March 4, 2018.

(j) The Attorney General is authorized to take any steps necessary to enforce this order.

Sec. 3. Reservation. I hereby reserve my authority to issue further orders with respect to the Purchaser and Qualcomm as shall in my judgment be necessary to protect the national security of the United States.

Sec. 4. Publication and Transmittal. (a) This order shall be published in the Federal Register.

(b) I hereby direct the Secretary of the Treasury to transmit a copy of this order to Qualcomm and Broadcom.

Broadcom's stock traded sharply upward after the announcement, jumping by 3.57% to $262.84 per share.