From its new 'Material Design' language to new smartwatches and Android TV, Google had plenty to announce during the keynote at its I/O conference yesterday. Alongside its big announcements, the company also shared some interesting statistics about the growth of its Android platform.

For example, did you know that Android users collectively check their phones 100 billion times a day? Or that 93 million selfies are captured with Android handsets each day? Perhaps these figures aren't entirely surprising given that Android now boasts over one billion active users - an astonishing number, by any standard. 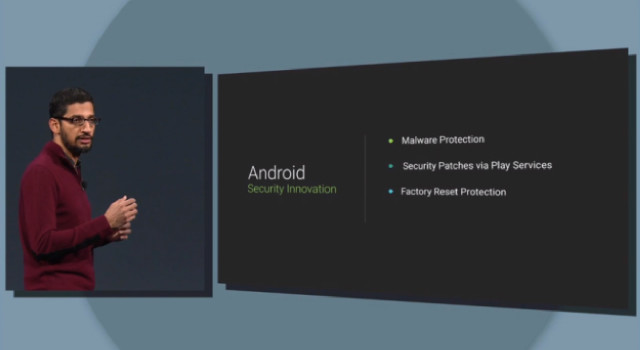 Google's Sundar Pichai downplayed the issue of malware on Android...

But there was another interesting statistic that many, including us, missed during the keynote, but which BGR highlighted today. Among the many subjects covered during the event was the issue of malware and Google's efforts in "security innovation" on the platform. Sundar Pichai, head of Android, said: "Based on every data we see, well, well less than half a percent of users ever run into any malware issues."

Viewed purely as a percentage, that's a pretty low statistic. But when you're talking about a platform with a billion users, that 0.5% translates to as many as five million people suffering malware problems. 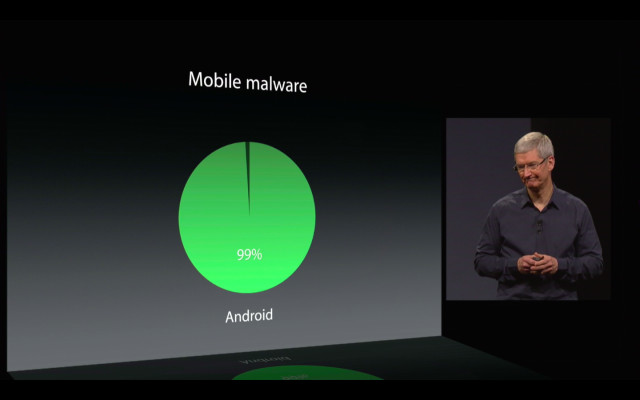 ...but as Apple's Tim Cook noted, Android still has more malware than all other mobile platforms combined

Pichai said that the company is now pushing security updates to Android handsets via Google Play Services "in order to get them to users within six weeks". Earlier this year, Google also introduced on-device monitoring as a further measure to fight against rogue apps.