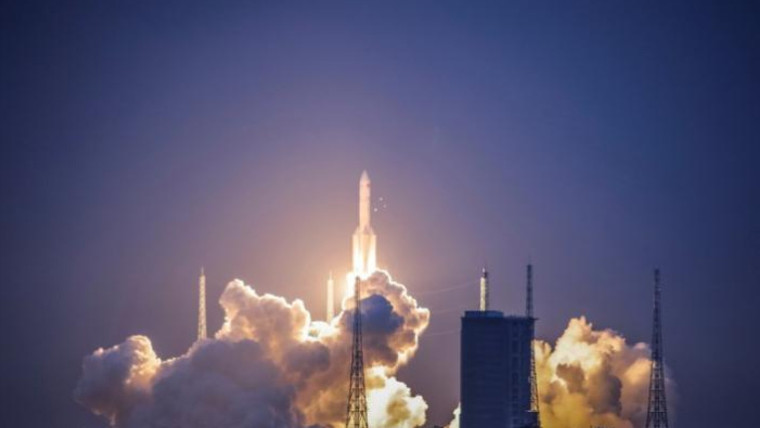 This Sunday, there was not only a setback for the Chinese space program but also for SpaceX, after both experienced failed rocket launch attempts. The Chinese Long March-5 Y2 rocket suffered an anomaly after launching from Hunan province, while SpaceX terminated the launch of one of its Falcon 9 rockets on the launch pad in Cape Canaveral, with only nine seconds to go before ignition.

The Chinese Long March-5 Y2 rocket is the country's new heavy-lift rocket, that it first successfully launched in 2016. This rocket is a crucial part of China’s space ambitions; later this year, it is slated to send a probe to the Moon to collect samples and return with, and is also scheduled to lift up the Chinese space station in the coming years.

The Long March-5 Y2 is currently the second most powerful rocket by payload capacity.The Long March-5 Y2 can take 25 tons to the lower Earth orbit or 14 tons to a geostationary Earth orbit. On the other hand, SpaceX' Falcon 9 can currently take 22.8 tons into lower Earth orbit and only 8.3 tons to a geostationary orbit. However, SpaceX is also developing the Falcon Heavy which is far more powerful than its Falcon 9.

SpaceX was fortunate enough to have halted its launch (occurs in the video at 14:44), with another launch window to open by July 3, at 7:37 p.m. EDT. Had Sunday’s launch been successful, the company would have made three launches in nine days, which would be a new record. The Falcon 9 was supposed to be sending up an Intelsat 35e communications satellite. Usually, Falcon 9 rockets are able to land and be reused, but in this instance, due to the weight of the payload, the rocket will not have enough fuel to make a landing, so it will not be recovered.

The unsuccessful Long March-5 Y2 rocket was said to be carrying China’s heaviest satellite yet and the details of why the rocket failed are now under investigation. The Chinese government has not yet commented on whether this will affect any of its upcoming space flights or timelines.

It can be quite difficult to predict how big of a problem the Chinese may have. For instance, it was only in September of 2016 that a Falcon 9 exploded on the launch pad, and here we are a few months later with Falcon 9 rockets taking off almost weekly. As such, we will have to wait and see what the results of the usually quite secretive Chinese space authorities investigations are.