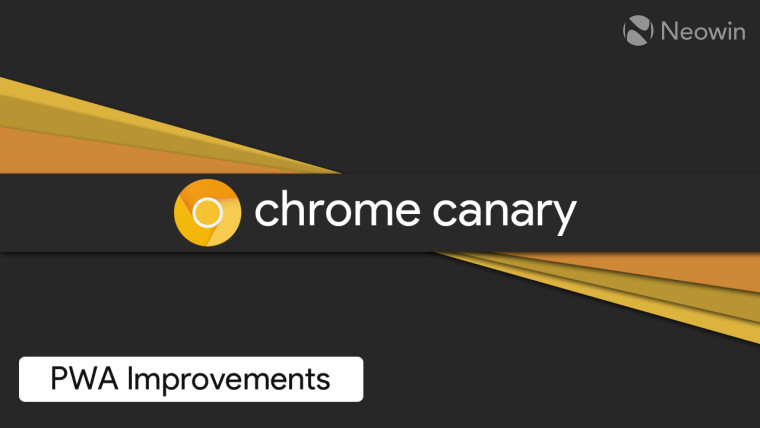 Chrome Canary on Android and Windows is now letting Progressive Web Apps (PWAs) offer shortcuts for the pinned web apps on those platforms. The app icon shortcuts work on Android just like shortcuts for other apps that let users perform quick app actions right from the icon. On Windows, the right-click context menu on a pinned PWA can offer shortcuts depending on the web app’s use case.

Google’s Developer Advocate Thomas Steiner shared on Twitter (spotted by 9to5Google) a demo PWA that lets users try out the functionality on the platforms. Users can head to sadchonks.com and add the PWA to their home screen as an app, and then long-press on the app icon to try the shortcuts. Steiner added that this functionality is achieved through the Web App Manifest’s ‘shortcuts’ member on Android.

📢 App icon shortcuts are coming to Progressive Web Apps near you! Try @rynkns's demo https://t.co/bGvQ6aCfiw and install it using Chrome Canary on Android.

How does this even work? Glad you ask, it's through the Web App Manifest's `shortcuts` member: https://t.co/E4UR5LiUdm. pic.twitter.com/sf1446pOSB

On Windows, users can install the same web app as an app, and either pin it to the taskbar and right-click on the app icon or right-click from the apps list in the Start menu to check out the shortcuts under the ‘Tasks’ section of the context menu. Users must be running Chrome Canary and enable the ‘#enable-desktop-pwas-app-icon-shortcuts-menu’ flag to try out the feature. However, these shortcuts will have to be enabled and built-in by developers of the web apps on either platform.

It is interesting to see such improvements coming to PWAs, considering that the search giant itself has begun offering the web app versions of some of its own offerings in the Play Store. With such additions to PWAs, they will further mimic native platform apps whilst also bringing other benefits such as running on fewer resources and being truly cross-platform.