Microsoft is a huge company but that's not exactly news; the company has over 94,000 employees worldwide. It's also not news that Microsoft has a number of divisions that make a ton of products: Windows, Office, Xbox Surface, Windows Phone and so on.

Microsoft has been been making more of an effort to link many of its product lines and have them work with each other. That means the company's workforce also has to work well with people in other divisions. This week, the Next at Microsoft blog posted up a new, and highly colorful, infographic that was made by the company's recruitment department; it gives a visual rundown of Microsoft's divisions.

If you turn the infographic on its side, you can see that it looks something like a bush, with the main vines branching out into all of the products Microsoft makes. We are not sure why the Xbox division is purple (shouldn't it be green, like the Xbox logo?) but it's a fun way to see how Microsoft's division link in a colorful image.

Since this is a recruitment tool, there's a lot of bragging about how successful Microsoft products are; for example it states proudly that over one billion people use Microsoft Office. But if you are ever confused by exactly what Microsoft produces, you now had a one stop shop to see all the things it makes. 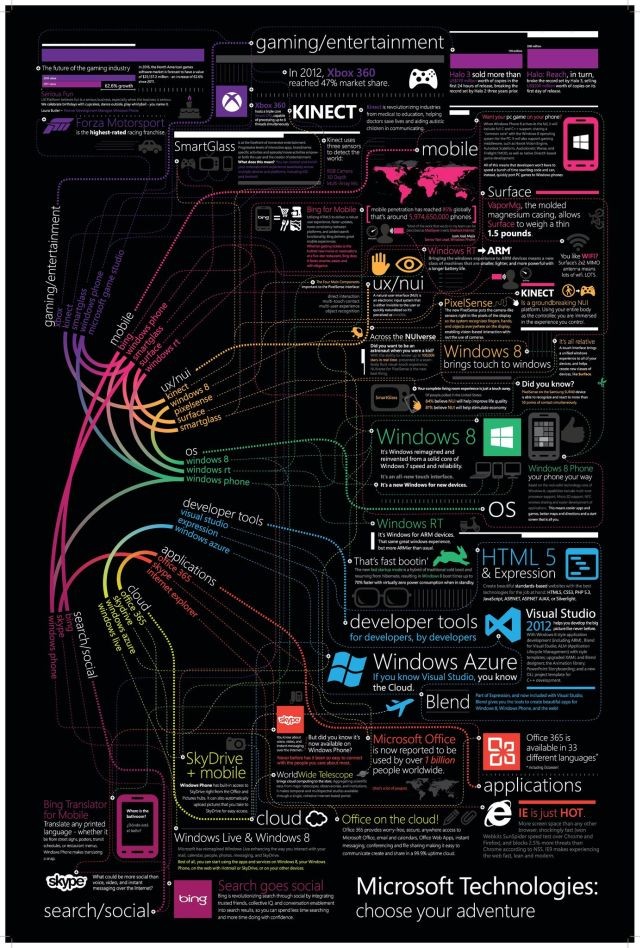