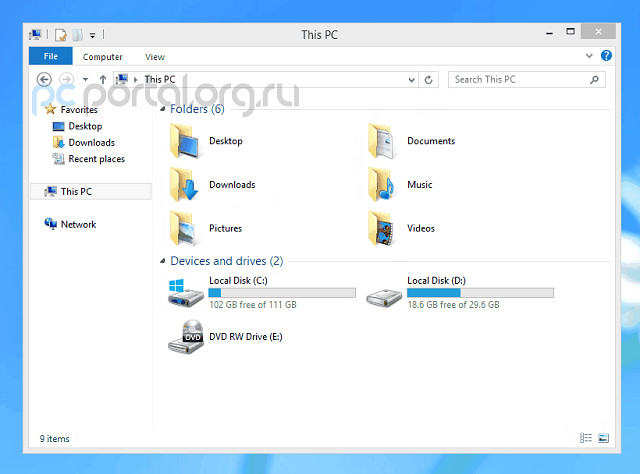 According to a new screenshot of an unspecified development build of Windows 8.1, Microsoft has made a minor change and renamed 'Computer' to 'This PC', while also removing the Libraries feature in favor of top level folders that sit inside 'This PC'. These folders appear to be the same as My Documents, My Music, My Videos, (etc.) just with the 'My' prefix removed and a repositioning into an easier to access location.

Why the development team has made these adjustments remains a mystery, although it could be to consolidate the range of personal folders available from within Windows. Currently Windows 8 has both Libraries and the default folders available from within the User folder; Windows 8.1 could merge these together to make it easier to share files between devices. Renaming 'Computer' to 'My PC' would also facilitate easier networking between secondary devices, such as tablets.

Another reason for the changes could be to make using a Modern UI file browser, such as the one seen in build 9369, easier. The leaked 'Files' app already uses 'This PC' to describe the location of files on the local device, so making similar changes in the desktop File Explorer would unify the experience.

Microsoft continues to polish Windows 8.1 ahead of a full reveal at BUILD 2013, where a public preview version is expected to be made available. The final version of Windows 8.1, codenamed 'Blue', is set for release later in 2013.