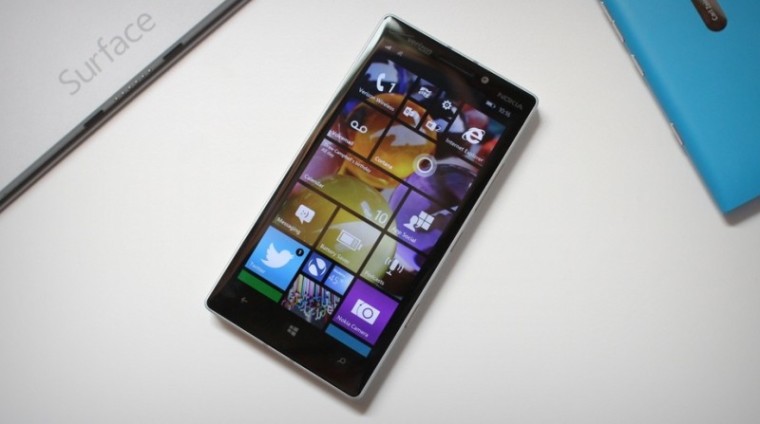 Windows Phone and Android were among the few winners in a largely stagnant US mobile market in the USA during the 3 month period ending February 2015, according to the latest stats from Comscore.

The company has released its usual monthly market share figures, showing a slight gain for Android and Windows Phone (0.2% and 0.1% respectively) while Apple and BlackBerry took small drops (0.1% and 0.2% respectively) in what was otherwise a largely stagnant quarter. 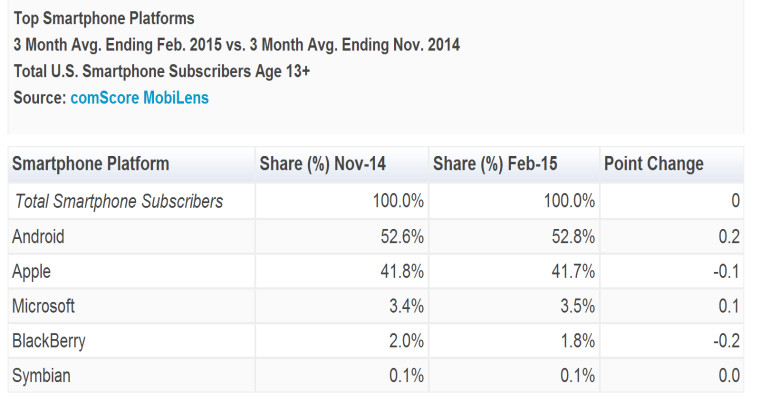 Despite only announcing mid-range and low-end Windows Phone devices, Microsoft's market share has risen slightly by 0.1% (which equates to approximately 200,000 extra subscribers) from the three months ending November 2014, but has seen a slight drop from the 3.6% market share reported in last month's figures.

Other points of note: Android continued to rise by a modest 0.2% while Apple's market share declined despite the ever increasing availability of the iPhone 6 and iPhone 6 Plus. BlackBerry - despite launching a couple of new devices - also dropped by 0.2%, and Symbian is still present on the list with a token 0.1% market share.

What do these figures mean? Very little in the grand scheme of things, but a gain, however small, represents good prospects for Microsoft whose real new self-branded flagships are expected to launch at Build 2015 at the end of this month.