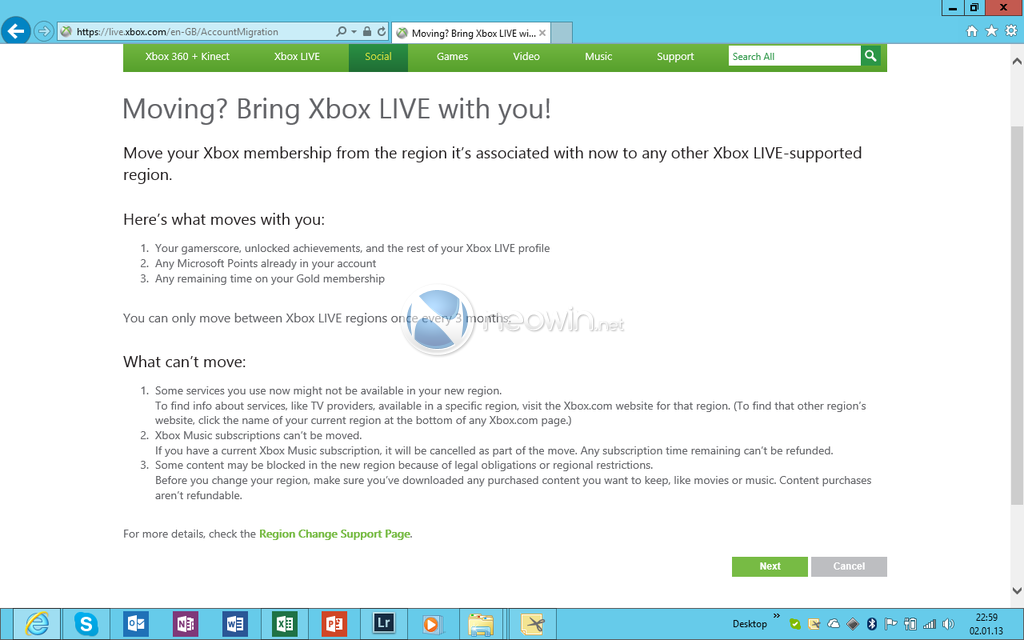 Earlier this morning we were tipped off that Microsoft would soon be making account migration much easier than the current process which can take up to six weeks. After digging around a bit more, we have uncovered more information and can confirm that the feature is currently in testing.

The service is currently in pilot and some lucky users (our tipster was based in Germany) are already being moved to the program. We have attached several screenshots of the new tool that will be going live shortly, no timeline given, but know that the old way will soon be an item of the past.

As it stands right now in the pilot program, you can only move your account using the tool once every three months. When you do change regions, your gamer tag, achievements, Microsoft points, and any time left on your Gold subscription will be moved.

While many items will port to other regions, not all of your content and settings will be transferable. Some services which are region locked, such as IPTV services, may not be ported.  Xbox Music subscriptions will also not make the cut and any other regional items including promotional material may not be moved as well.

The porting worked quickly and required just a few clicks by the end users. First reports of the new tool are positive and should help all of you out there quickly change regions without any headaches.

So there you have it, Microsoft is about to streamline one of the most annoying issues with Xbox Live which should put a smile on the faces of many individuals who are currently region locked to a location where they no longer reside.

Thanks for the tip @dlaplexurenet