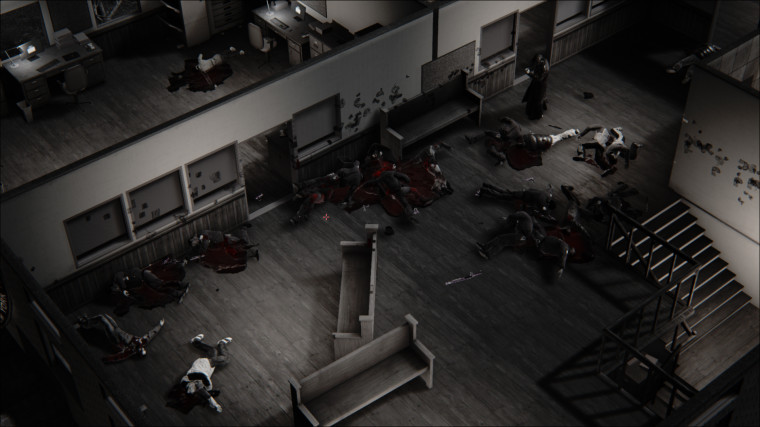 Controversial mass murdering game, 'Hatred', is now available for pre-order via the game's official website. The game has been granted an AO rating by the ESRB and is slated for a Q2 2015 release. The game will be available at the following prices:

The second option is limited to 1,485 units only.

Additionally, the game's developer has also released a new trailer for the game which once again focuses on the gory aspects of the game:

[WARNING: The video might be too graphic for minors]

Hatred is an isometric shooting game revolving around the life of a sociopath whose life's motive is to mercilessly kill people without any apparent reason. The game sparked a controversy a few months ago when it was removed from Steam Greenlight after a couple of hours, despite being the 7th most-wanted game on the list.

Valve's Doug Lombardi explained the reasoning behind the rather drastic action:

However, after an apology from Gabe Newell; who stated that he had 'asked around internally to find out why [Valve] had done that', the game returned to Steam Greenlight to become the most-wanted game with 27,000 up votes.

Now with Hatred available for digital pre-order and the Steam release only a couple of months away, we'll have to wait and see whether all the hype concerning the game was actually worth it; fingers crossed.