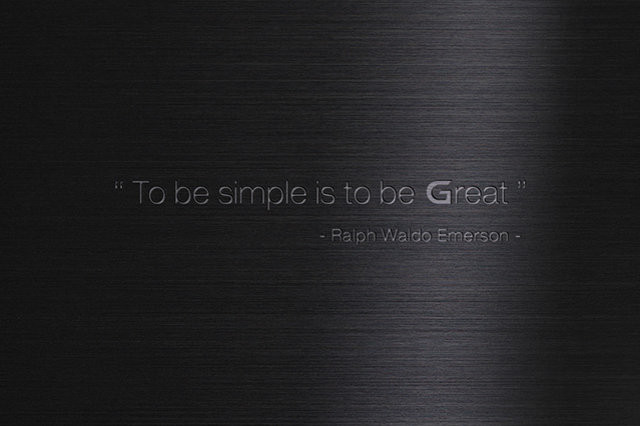 It seems evleaks does not want LG to keep any secrets about the G3 as he has shared a screenshot of the AnTuTu benchmark running on the device, revealing its specifications.

LG is gearing up to launch the G3 on Tuesday, but the recently leaked screenshot from the device has revealed the majority of the smartphone's hardware specifications and has left very little for LG to share at its event. As the phone's press images and advertising material are already making the rounds online, the users only need to know the pricing and availability of the device from LG at the official event. 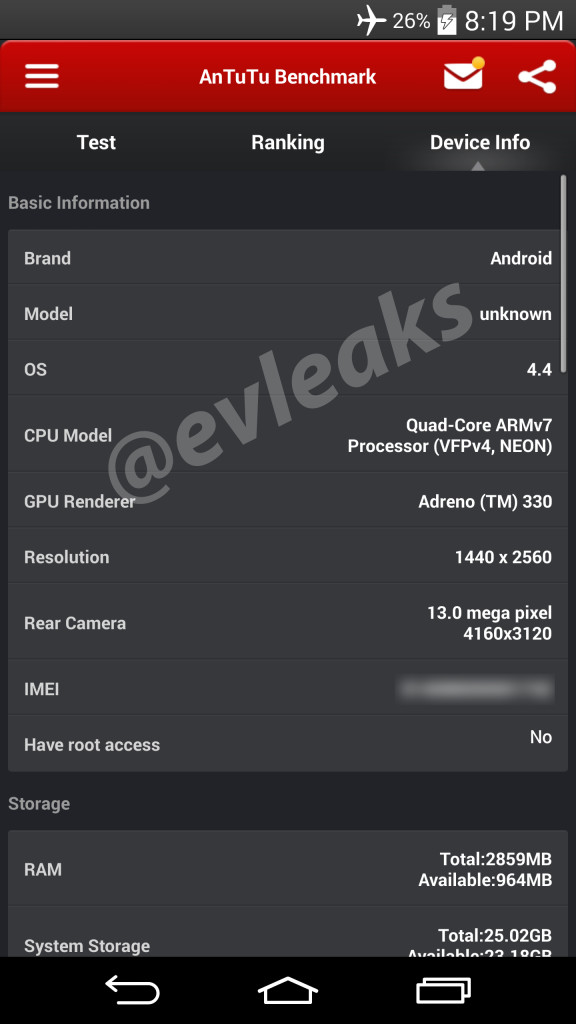 The leaked screenshot has confirmed the previously rumored specifications of the G3 which include a 5.5-inch display with Quad HD 2K (2560x1440) resolution, a Snapdragon 801 quad core processor with Adreno 330 GPU, 3GB of RAM, 32GB of internal storage and a 13 megapixel rear camera. The phone will run Android KitKat out of the box with LG's customizations.

LG will be holding a global event in six cities including San Francisco, New York, London, Seoul, Singapore, and Istanbul on May 27th and we will know more about the smartphone and any other companion devices that the company may launch then.