Great news today for PlayStation 3 fans, Uncharted 3 has been announced and sees Drake taking to the desert to find yet another treasure. The game will feature improved multiplayer modes and 3D support. In other news, JoWooD have announced the first expansion for RPG, Gothic 4, Dungeon Hunter 2 has been release for the iPhone and iPod touch and we have details on the iPad release of Need for Speed Hot Pursuit.

JoWooD have announced an expansion pack for Gothic 4. The pack is entitled "Fall of Setarrif" and adds new items, enemies and areas to the game, as well as allowing players to control different characters for the first time in the series.

ArcaniA – Fall of Setarrif ties up the loose ends of the main game´s story and adds yet another chapter to the epic tale. After the demon that possessed King Robar III was exorcised, it made its way to Setarrif to find a new host. In Setarrif, which is cut-off from the rest of the island, chaos and anarchy spread rapidly!

King Robar III is troubled by these facts and is afraid of losing the city and some of his companions, which are in Setarrif at that very moment. The nameless hero therefore is sent by the king and must journey to Setarrif… but he has no idea of what lies before him. 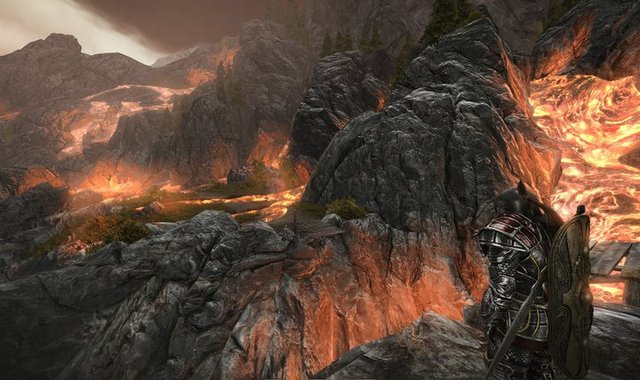 Best news of the week as far as we are concerned! Sony today revealed that Uncharted 3: Drake's Deception will be released towards the end of 2011. The game has our hero Drake searching the Arabian Desert for the "Atlantis of the Sands". Uncharted 3 also sees improved multiplayer gaming and Stereoscopic 3D for those who have TV's that support it. Here are the rest of the details from the press release:

Fans of the franchise and newcomers alike will relish the opportunity to catapult themselves headlong into a real adventure, in a search for the fabled "Atlantis of the Sands." The journey propels fortune hunter Nathan Drake on a daring trek into the heart of the Arabian Desert, a journey that pits him and his mentor Victor Sullivan against the occult treachery of a shadowy clandestine organization and its ruthless leader.  When the terrible secrets of this lost city are unearthed, Drake's quest descends into a desperate bid for survival that strains the limits of his endurance and forces him to confront his deepest fears.

With its award-winning storytelling, blockbuster cinematic action sequences, immersive high resolution 3D and stunning environmental detail and effects, UNCHARTED 3: Drake's Deception is the chance to lose yourself in the world of Nathan Drake - and to experience the true power of PlayStation 3.

Gameloft has been churning out many games for iOS recently and today is no exception. The company has released a new RPG title, Dungeon Hunter 2 for the iPhone and iPod touch. This time round the game is set 25 years after the first title in the series, and contains a far larger world for players to scour through. Dungeon Hunter 2 also has a co-operative multiplayer mode which lets up to four players play through the game at the same time. More details are below:

The benchmark for action RPGs hits your iPhone & iPod touch in its second opus. Slide to Play says, “Exceptional games like Dungeon Hunter don’t come along often.” And that is why you need to play its sequel.

EXCLUSIVE CO-OP MULTIPLAYER MODE: Play the campaign solo or with up to 4 adventurers at the same time.

- Team up online via Wi-Fi or locally via Bluetooth or local wireless.

- Fight tougher enemies, face even more challenging quests and combine the talents of your team members to become even deadlier.

- You are one of the immortal king’s sons. Survive a war, escape from prison, and travel across your realm to save everything!

- An open world 5 times bigger than before with more enemies, more areas, more quests and more hours of enjoyment.

- 3 difficulty levels, all of which can be unlocked by finishing the game once.

- Choose among 3 character classes with 2 specializations each and improve your character with dozens of different skills.

- Hundreds of unique items to collect, including melee and ranged weapons, that will impact your character’s look and skills. 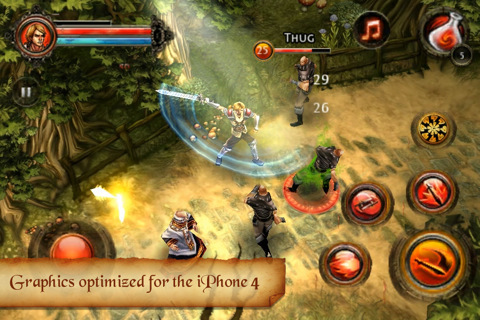 Need for Speed Hot Pursuit - close to release on the iPad

News from EA today, indicating that the iPad version of Need for Speed Hot Pursuit is nearing release. The game has HD graphics and a much improved interface for the iPad. In the game you take the role of a cop who is trying to take down the crooks. There are 24 Cop career events allowing you to build up your ranks. Check out the iPad screenshots in our gallery below. 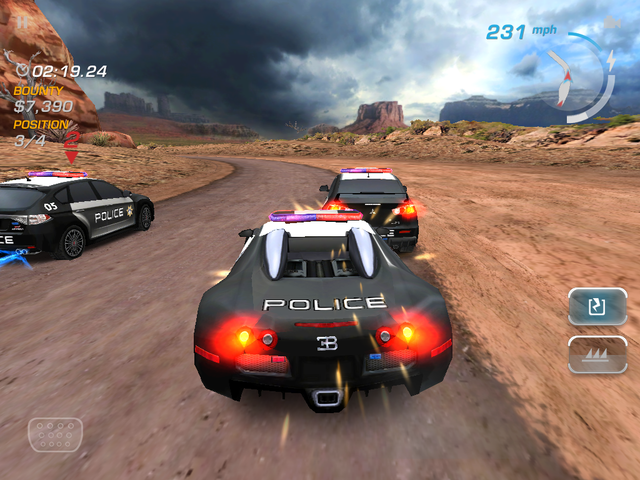