Big day for gaming news thank to Sony's conference early this morning. As you all know by now the company released details of their Next Generation Portable (NGP) and the new PlayStation Suite which will be released soon for all Android 2.3 devices and above. We also have new screenshots of Shift 2 Unleashed, the release dates for a host of new titles, details on a new PS3 update, the upcoming patch for Mass Effect 2 and The Hysteria Project 2 on the iPhone and iPad.

EA have sent over a new batch of screenshots for Shift 2 Unleashed. The game is due out later in the year and judging from the graphics it should be a pretty hot title. You can check out all the screenshots in the gallery at the bottom of the page. 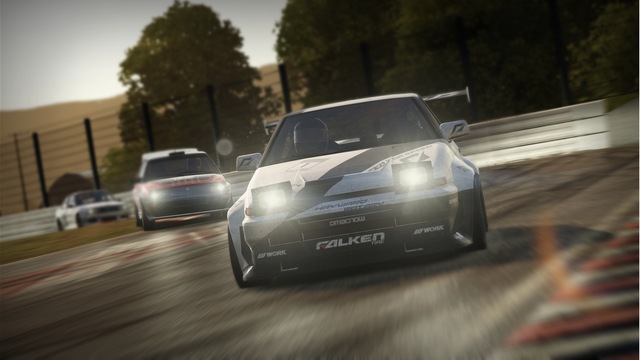 For more information check out Hunted at www.HuntedTheGame.com, Brink at www.BrinkTheGame.com, RAGE at www.RAGE.com, and The Elder Scrolls V: Skyrim at www.ElderScrolls.com.

A bug which has affected the PlayStation 3 version of Mass Effect 2 which corrupted some players save games has been fixed and passed onto Sony for certification according to Eurogamer. The patch also fixes a number of other smaller issues with the game and improves loading times.

A new PlayStation 3 system software update, v3.56, will be released soon. This is a minor update that adds a security patch that is likely to patch the recent hacks that have been doing the rounds, albeit temporarily.

Horror title Hysteria Project 2 has been released on the iTunes App Store. The game features lots of live-action video and has you following the clips while having to make the correct choices and the right time. The first title was very popular on the store and the second doesn't look like it will be any different. Hysteria Project 2 is out for both the iPhone and the iPad and priced at $1.99 on both formats.