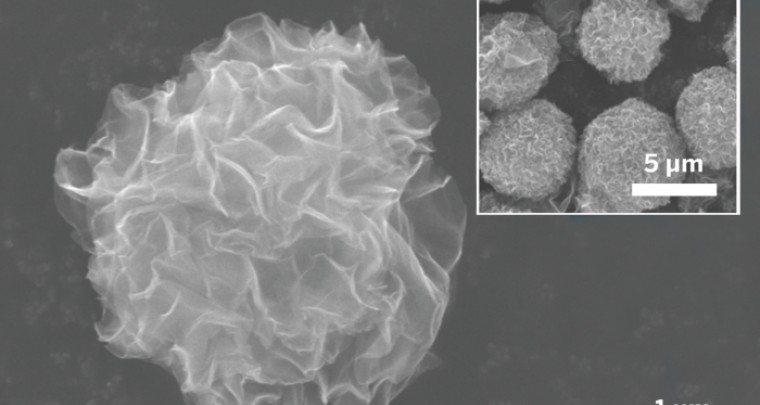 Graphene has the potential of being the wonder-material of this age. Thanks to its remarkable properties it could have applications in everything from engineering and mechanics to medicine, electronics and computers.

And according to a new research paper, ‘deep-fried’ graphene might hold the key to the future of batteries and energy storage.

Researchers have developed a technique which employs a powerful hot solvent that interacts with graphene oxide to create a 3D version of the material. The graphene is reduced and it assembles itself into the spherical shape - or 'pom-pom' - as the scientists called it, pictured above.

The graphene pom-poms have a number of benefits over traditional graphene sheets, the biggest of which is their surface area which allows better conductivity. One further benefit is that the same process can be used to trap additional elements into the 3D pom-pom and create new composite materials with new properties.

The pure graphene pom-poms alongside composite materials may soon find their way into a new generation of batteries and energy-storage devices – and which gadget enthusiast wouldn’t want better battery life and faster charging for all devices?

While graphene’s electrical properties have been known for a long time, scientists have struggled to find methods of mass-producing graphene in forms that would be useful. The important part about the process above is that it seems to be economically viable and easy to scale up.

We’re very much looking forward to all of these advances making their way into our everyday lives.