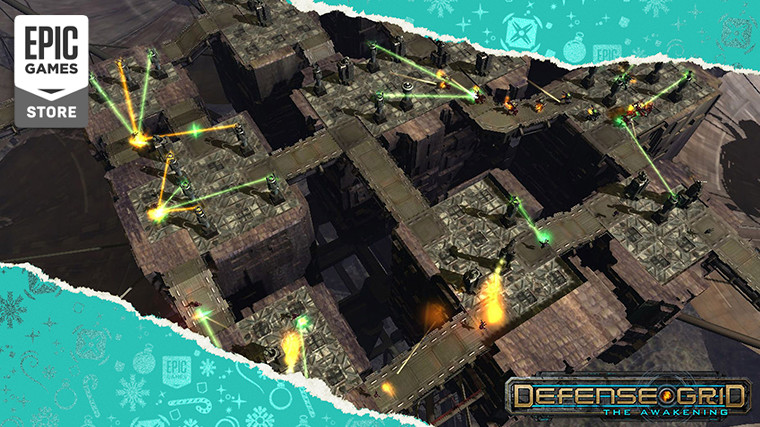 The fourth day of Epic Games Store's 14-day long giveaway party is here, and taking the freebie slot of The Long Dark from yesterday is Defense Grid: The Awakening.

The widely well-received tower-defense game from 2008 tasks players with defending against invading aliens by strategically constructing fortification towers around their base. The classic title promises a high amount of replayability on its 20 levels thanks to the 15 enemy types and 10 tower types that are available, which come with their own quirks and benefits.

The minimum system requirements are as follows:

Defense Grid: The Awakening is free to claim on the Epic Games Store until tomorrow, December 21, at 11AM ET, with another mystery title set to take its place then. The store's holiday sale and the $10 coupon offer is still ongoing also.