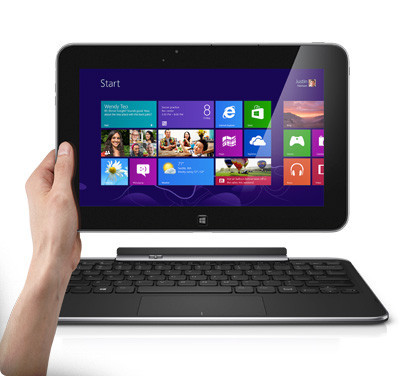 About a month ago, we reported that prices of tablets running on Microsoft's Windows RT had experienced deep price drops. Today, Dell continued the trend by cutting the price of its Windows RT tablet, The XPS 10, down to just $299.99, a price reduction of $150 from its previous level, and a full $200 down from when the XPS 10 first went on sale in October 2012.

It's the first time we have seen a Windows RT tablet priced below $300 directly from its manufacturer and is for the 32 GB version of the XPS 10. Dell is selling the tablet with some optional extras for higher prices. For the XPS 10's original price of $499.99, you can now get the 64 GB version, plus a mobile keyboard dock and a 4G LTE antenna that connects to AT&T's network.

Even with the low sales and drastic price reductions of these tablets that run on the ARM processor, Microsoft is sticking with Windows RT, according to statements made today by Windows CFO Tami Reller. Dell has also indicated it still has plans to release future Windows RT products but specifics have yet to be revealed.