In less than a week, Microsoft will be revealing its next Xbox console. The company is busy building a tent at its Redmond, Washington, campus for the festivities, which will be held on May 21.

As it turns out, someone with a good sense of humor has decided to launch a new Twitter account, Xbox Reveal Tent, that supposedly goes inside the mind of the structure in question. Here are just a couple of its funny comments:

@xshadowstormx Based on what a lot of folks have been saying, a camera & after the big announce possibly a second pair of pants. #xboxreveal

@majornelson A shucks, I hope everyone fits.It's the first time I've hosted a whole world before. #xboxreveal

While we doubt anyone at Microsoft is in charge of this account, at least on an official basis, we will keep an eye on XboxRevealTent over the next week just to make sure.

In the meantime, the real tent is still being built and Larry Hryb, Microsoft's director of programming for Xbox Live, took a quick picture of its interior. He says it will be the last time we will see the inside of the XboxReveal tent until May 21. 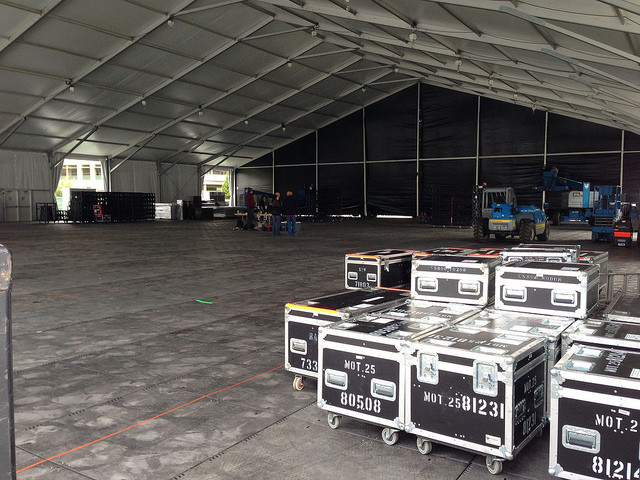