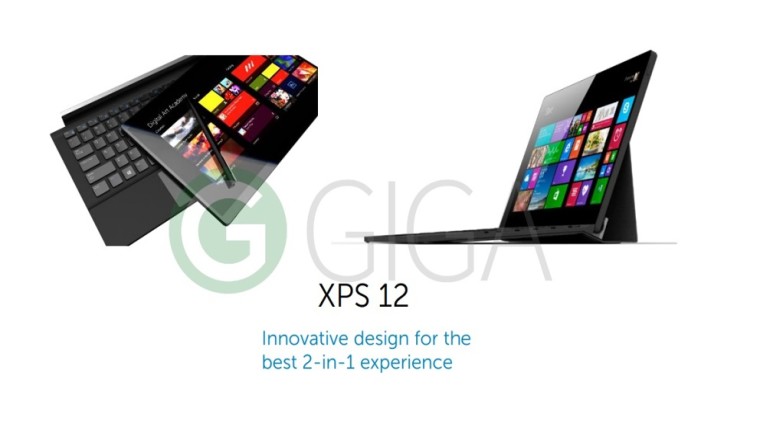 German tech site Giga.de has acquired leaked specifications and pictures of a new 12” 2-1 hybrid PC that Dell is planning to launch in October. Although the internals of the device remain a mystery,lthough there is speculation that it could be running Inte's low-power Skylake based platform. Naturally, it will ship with Microsoft's latest Windows 10, and a Dell Active Stylus (no $99 Pencil here). 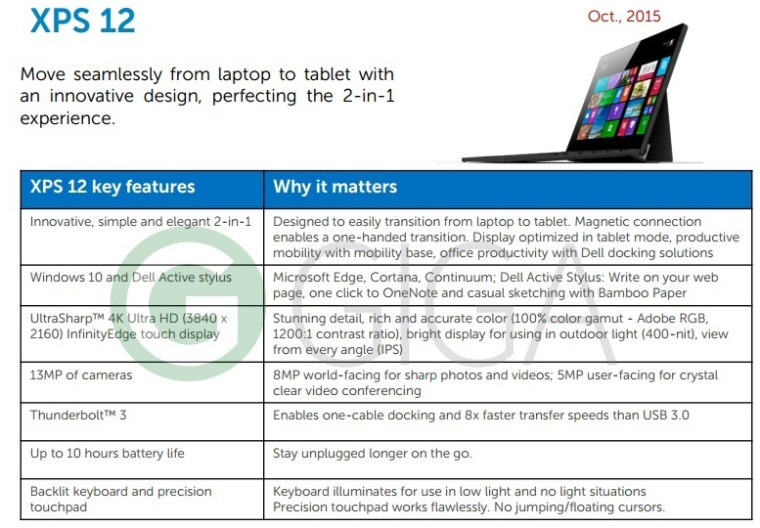 Although the innards of the device can only be speculated, what is known, is that the device will come with a 4K (3840x2160) InfinityEdge display, much like the stunning XPS 13. It will also include Thunderbolt 3 and (presumably) USB Type-C connectors. The XPS 12 will also offer 10 hours of battery life, and it will include a detachable keyboard, which is in stark contrast to the Surface Pro 3 and iPad Pro.

Currently pricing for the device is unknown, but it is being advertised on the leaked slides as coming October 2015, so we should start getting more details in the very near future. It is also unclear where this will fit in Dell’s current strategy. Although this looks like a stunning device, it takes more than looks to generate serious revenue in today’s mobile landscape.