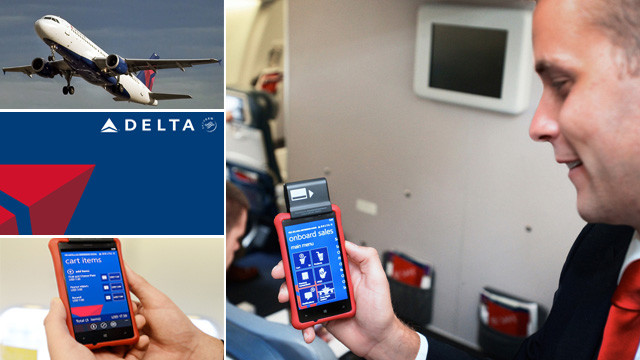 If you are on a Delta flight in the near future, you will likely see the flight attendants using a Nokia Lumia 820 on board. Today, Microsoft and Delta announced that the airline's 19,000 flight attendants will be using the Windows Phone 8 smartphone to handle on-board purchases as well as other functions.

Delta's press release states that the Lumia 820 will be used to process customer purchases such as upgrades to their Economy Comfort seating. A Microsoft blog post says that the devices will also be used by the attendants to get connecting gate updates, passenger manifestos, and more. Microsoft states:

The unique Windows Phone Live Tiles provide the latest information at a glance, including local weather details and flight tracking information from the Delta Fly app. In addition, flight attendants are more connected and productive with Microsoft Office integration and linked email inboxes.

The Nokia Lumia 820 smartphones will run on a system that is based on Microsoft Dynamics for Retail and all of the devices are managed at Delta’s Atlanta headquarters. Microsoft says this system will make it "much easier to validate transactions, which will dramatically speed up in-flight processes."