When Bungie announced the second installment in the Destiny franchise, gamers on PC rejoiced at the fact that they could finally join those on consoles, who have been playing the first game ever since that launched in 2014. However, the publisher quickly pointed out its partnership with Battle.net, completely side-stepping the Steam platform. 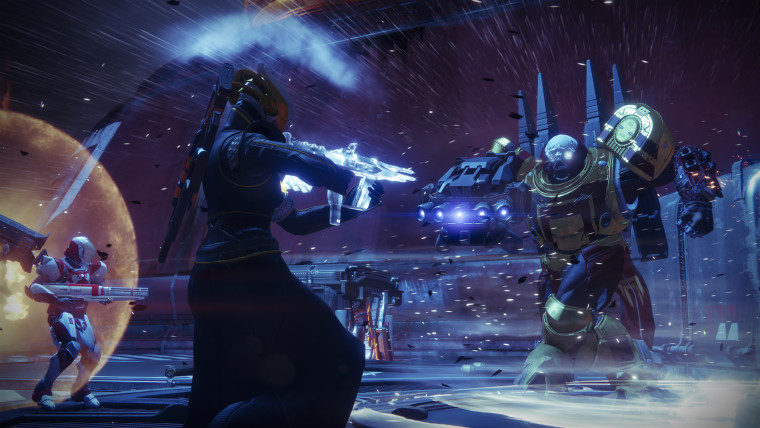 Recently, some of the in-game currency called 'Silver' appeared on Steam, fueling speculation that the game will not be exclusive to the Battle.net platform, giving gamers the choice as to which store they wanted to buy it from. But this was quickly removed, prompting the Destiny Community Manager, David Dague to throw cold water on the rumors in a couple of tweets:

Destiny transactions on Steam were made available in error. All purchases will be refunded manually by Valve. Sorry for the confusion!

We're with Blizzard. No plans to release Destiny 2 on PC anywhere else. Pass it on.

Although we reported on the exclusivity with Battle.net earlier, which was pretty clear from the start, not to mention that the distribution platform is operated by Activision Blizzard; it isn't too surprising that Bungie wanted to quash these rumors quickly. However, it has to be noted that the in-game currency that was listed in the store was part of the first game, giving rise to some speculation of things to come. The first game was absent on PC, and Bungie could possibly make it available for purchase on the Steam platform.

However, for the time being, if you're interested in the either of these games, do not hold up hope that it will come to your preferred store. Destiny 2 is confirmed to be exclusive to the Blizzard Battle.net platform and will launch on October 24 on PC. It will launch on September 6 for Xbox One and PlayStation 4. Gamers on PC will be able to test out the beta which will arrive at the end of the month.