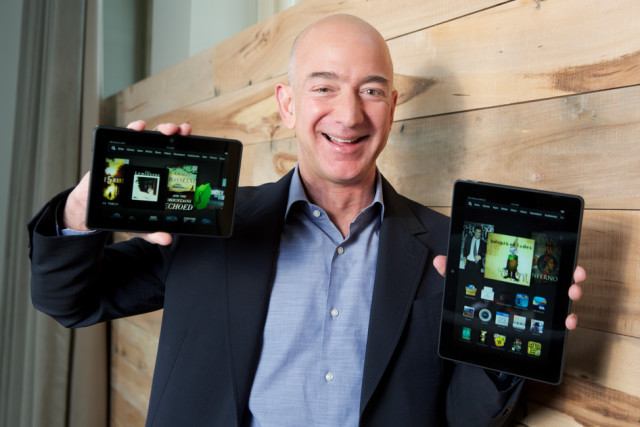 Every year, rumors fly in regards to Amazon's first smartphone. Yet, every year Amazon stays mum and this rumored smart phone never materializes but it looks like this year that might change. According to BGR, Ming-Chi Kuo, an analyst known for his accurate forecast of Apple products​ has detailed knowledge of the upcoming Amazon smartphone.

We predict Amazon (US) will launch its own brand smartphone in 3-6 months, using the same hardware strategy as used for its e-reader and tablet.

The supply chain will start stocking up materials in 2Q14 for production. We estimate required components will amount to 700k-1.2mn units, and assembly to 300-600k units. Related suppliers will start to see benefits in 2Q14.

The key feature of the smartphone, we believe, will be the six cameras, aside from the main camera, which is used to take pictures, and the sub camera, used for video conferencing (these are both found in all smartphones), we think the other four cameras will be used for gesture control, allowing users to operate the smartphone without touching the touch panel.

Amazon is definitely taking a different approach and it will be interesting to see how the supposed multi-camera interaction will work. Aside from the cameras, the Amazon smartphone is on par with other mobile devices that will be releasing this year.

Kuo shares that phone will have a Qualcomm Snapdragon 801 processor, a 4.7-inch display with a ppi range anywhere between 300 and 320, a plastic housing, a 13-megapixel main camera supplied by Sony with secondary cameras supplied by Primax, and a battery that will be between 2,000 and 2,400 mAh. What remains unknown is whether Amazon will utilize the same type of interface as its Kindle products or have something completely new in mind for its smartphone.

While its difficult to say how well this smartphone will be received, it will be interesting to have another large company enter the already crowded smartphone market.