According to Gartner, Windows' share of the global smartphone market fell to just 0.3% last year, and Microsoft's own financial statements show that its quarterly mobile revenues plummeted from $2.28 billion to just $200 million in the last two years. Evidently, there's not much interest among buyers in Windows phones these days, despite Microsoft's continued investment in its mobile platform.

The range of Windows handsets available to buy is shrinking too. Microsoft's own Lumia x50 devices have reached the end of their retail lives in many markets, with no replacements available. Some manufacturers that previously launched Windows 10 Mobile phones are now questioning the wisdom of doing so; Coship hinted that it may end development of new devices, while NuAns has abandoned the platform with its latest handset. And in January, Acer blamed "instability of the operating system" on its decision not to support the Windows 10 Mobile Anniversary Update on its flagship Liquid Jade Primo handset, which still remains on sale today. 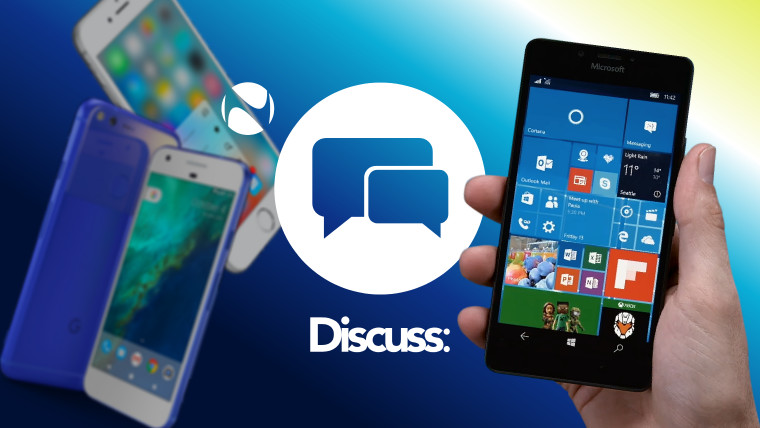 Clearly, there's room for improvement on various fronts - but what exactly is it that's holding back potential buyers from purchasing Windows phones? And what could change their opinions about those devices?

We're eager to hear your thoughts on this. Are there some specific apps that aren't available on Windows phones, and which you just can't live without? Are there any features that you're waiting for Microsoft to add to Windows 10 Mobile? Are you disappointed by the range of hardware options available? Or are you just waiting for Microsoft's much-rumored 'Surface phone', which is expected to include support for desktop-class x86 apps through emulation?

Whatever your reasons for deciding not to purchase a Windows phone, be sure to share them with us in the comments below, and let us know what - if anything - could change your mind, and perhaps even persuade you to buy one.