Phones 4u, one of the UK's largest independent device retailers, has gone into administration, suspending all operations with immediate effect. Its 550 stores across the country were all closed today, and its website has all but vanished, replaced by a short notice listing helplines for customers, signed by "the heartbroken Phones 4u team". 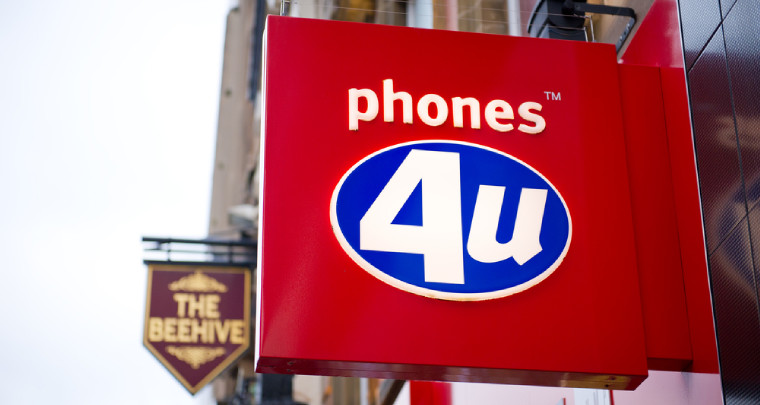 Phones 4u had been seen to be in a somewhat precarious position in recent weeks, after the UK's largest network, EE - which also includes the T-Mobile and Orange brands - withdrew its sales support from the company. That move came less than a fortnight after Vodafone also chose to stop doing business with Phones 4u earlier this month, strengthening its ties with the retailer's largest rival, Carphone Warehouse.

Existing mobile contracts purchased through Phones 4u will be unaffected, as will device insurance policies taken out via the company, which will continue to be honored. However, any orders for devices that have not yet been fulfilled will be canceled immediately, with refunds being paid out automatically. 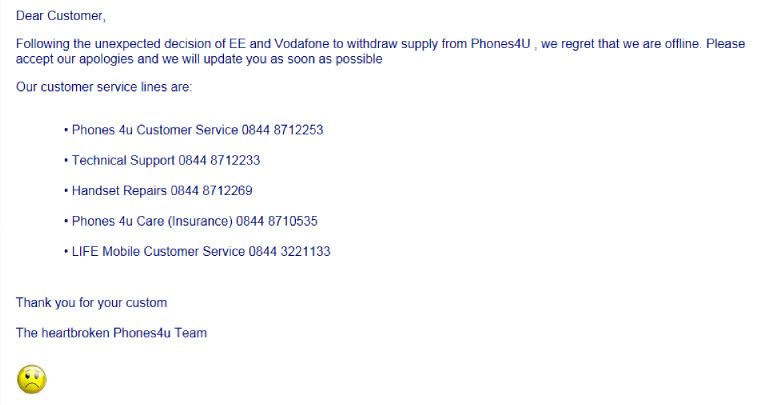 The Phones 4u homepage today

The collapse of Phones 4u leaves the jobs of almost 5600 employees at risk. Hundreds of these jobs were based at Phones 4u concession stands - mini 'stores within stores' - in Currys retail outlets. The merger of Currys' parent company with Carphone Warehouse to form Dixons Carphone had resulted in the unusual position of its own stores housing retail points for its biggest rival, Phones 4u. It had planned to close these concessions by May 2015.

But with the failure of Phones 4u, Dixons Carphone now plans to offer jobs to those employed at these mini-stores. Neowin has seen an internal Dixons Carphone communiqué in which the company states it "hopes to offer all Phones 4U colleagues in our 160 Phones 4U store in stores a guaranteed job".

With regards to our Phones 4U shop-in-shop colleagues we hope to help them secure new jobs with us (1/2, important)

and will be opening up discussions with the administrators to agree what we can do.(2/2)

The company has already tweeted that it plans "to help them secure new jobs with us", but the memo that we have seen appears to confirm that all of these staff will be promised new roles with Dixons Carphone if they want them.

The memo also refers to "1500 store colleague vacancies where we will welcome applications from Phones 4U colleagues". These 1500 jobs have not been formally announced outside of the company yet, but an announcement is likely to be made shortly.

Update: As we exclusively revealed on Monday, Dixons Carphone is indeed offering employment to all staff that had been working at Phones 4u concessions within its Currys PC World stores. The move will ensure that around 800 jobs from Phones 4u have been saved.