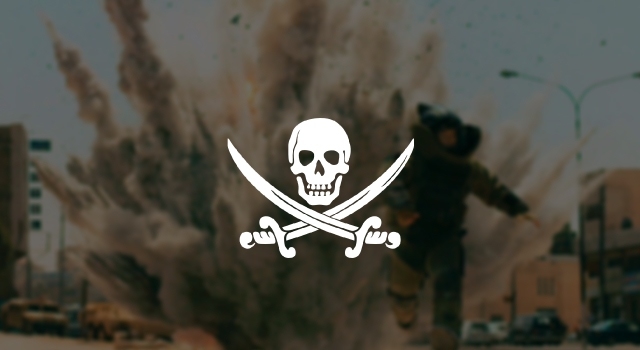 This is a saga that began almost two years ago. Back in May 2010, we reported that the producers of the 2008 movie The Hurt Locker were planning to target those who had illegally downloaded the film in an effort to recoup millions of dollars in lost revenues.

A year later, in May 2011, progress had apparently been made, as lawyers for the movie’s makers, Voltage Pictures, submitted a list of 24,583 alleged file-sharers to the US District Court of Columbia. But a few months later, in October of last year, it emerged that over 90% of the defendants had been voluntarily dismissed – although Voltage Pictures dismissed them without prejudice, leaving the door open for them to target those individuals again in the future.

But the remaining defendants got a gift from Santa when, in late December, the suit was finally dismissed by a judge who refused to grant any further extensions to the case. Proceedings had also become mired down in controversy surrounding questionable practices by lawyers representing the studio, including widespread allegations of those lawyers demanding settlements from those who had already been dismissed from the suit, and targeting people who had never even been named in the suit in the first place.

You would have been forgiven for believing that that was the end of that – but TorrentFreak has revealed that Voltage Pictures has now filed a new suit in a federal court in Florida, against 2,514 ‘John Doe’ defendants who stand accused of downloading the movie in 2010. All of the defendants are subscribers to the same internet service provider, Charter Communications. This contrasts with the earlier suit, in which Charter customers made up less than 10% of the total defendant pool, with Comcast subscribers then representing the largest block of defendants.

The studio hopes to obtain a subpoena to compel the ISP to reveal the identities of these new defendants, so that it can then target them with settlement proposals. With each settlement expected to net around $3,000, the legal action could potentially bring in over $7.5m in damages.

If this saga has taught us anything, though, it’s that things don’t always go according to plan.