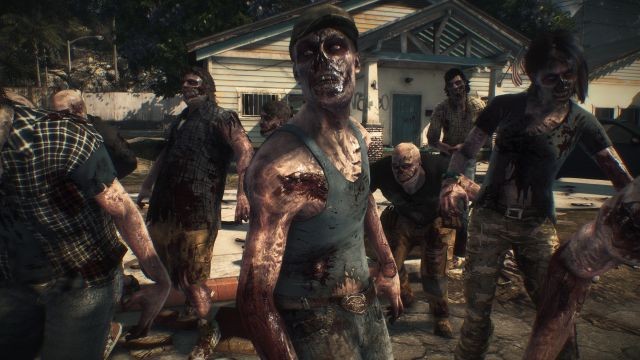 The first Dead Rising game from Capcom debuted as an exclusive for Microsoft's Xbox 360 console in 2006. It was an instant hit and a sequel, Dead Rising 2, was later released in 2010, although that game was made for a number of platforms.

Now Capcom is currently working on Dead Rising 3, made at its Vancouver studio, and it will be an exclusive launch title for Microsoft's Xbox One in November 2013. During E3 2013, we got a behind closed doors demo (hands off, unfortunately) of the game at Microsoft's booth.

Fans of the first two games in the series will be happy to learn that there will still be a ton of different ways to bash, smash, slice and shoot the hordes of the undead in this new installment, which story wise takes place 10 years after Dead Rising 2. The open world location of the fictional Los Perdidos is pretty vast, with Capcom reps stating during our demo that each of the four districts in the city is as big as the first two Dead Rising locations combined.

Your player character will be auto mechanic Nick Ramos, who apparently is also very good at making makeshift weapons to go up against the zombie horde. During the demo, we saw Ramos come up with some nifty combinations of weapons and items, such as a gun with a flashlight. Of course, nothing is quite as much fun (in the game world, that is) than simply swinging a sledgehammer around to bash some zombies heads into the ground and there will be lots of opportunities for that to happen.

Visually, the game looks incredible, with a ton of characters on screen at once combined with some nice visual effects such as blood splattering all over the place. In one sequence, we saw massive explosions that filled the screen with the burning husks of zombie flesh. There will even be support for Xbox SmartGlass apps in Dead Rising 3, with players using is to call in air strikes, among other things, to extend the gameplay.

The first two Dead Rising games were very openly humorous, even campy, and while Dead Rising 3 is being designed to be a bit more serious, there will still be room for some funny stunts such as putting a stuffed shark head on one of the zombies to keep it from seeing you. Overall, Dead Rising 3 is looking to be one of the best launch titles for the Xbox One and we hope it could fulfill our wish for the ultimate zombie game experience.