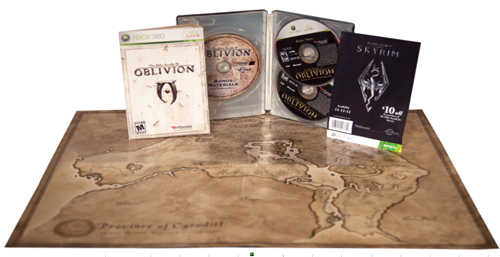 A post on a retail web site has revealed that Bethesda Softworks plans to re-release its 2006 single player fantasy RPG The Elder Scrolls IV Oblivion in a new edition to celebrate the fifth anniversary of the game's original release. It's also a sneaky way to promote the upcoming release of the next game in the series, The Elder Scrolls V Skyrim.

The Elder Scrolls series is one of the most acclaimed fantasy RPG series in history and is Bethesda Softworks' flagship game franchise. Elder Scrolls V Skyrim is expected to be one of the big game releases of 2011.