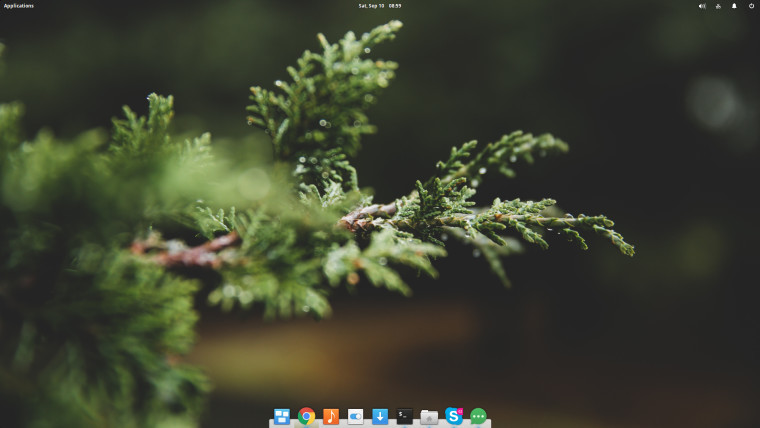 Elementary OS is one of the more commonly mentioned Linux/GNU distributions whenever design is brought up. The team behind the distribution puts user experience and intuition before everything else, meticulously going over every detail to make sure it meets their standards... and this hasn't gone unnoticed. Freya, the predecessor, was largely successful and received approximately 1.2 million downloads according to the Elementary OS team (with as much as 73% of those downloads coming from closed-source operating systems, i.e Windows and OS X).

After going through two beta cycles, the stable release of 'Loki' 0.4, has now been made available for download. Some of the updates to Loki include completely revamped system indicators and heavy notifications integration, so that if you get an alert on Whatsie or Skype it would show an actual (worthwhile) pop-up on your display. Loki has also seen the Elementary OS team drop Midori in exchange for Epiphany and the team have taken over development of Geary Mail and rebranded it as just Mail.

Dropping Ubuntu's Software Center, Elementary OS ships with an in-house developed alternative (that is lightning fast) to handle graphically navigating through your repos and managing your updates and upgrades. It looks terribly incomplete at the moment with too much whitespace in all the wrong places, but it's usable and it works. One of the more notable features is "Privacy Mode" which is basically an incognito mode for the entire OS, where things like recently played videos and songs are not stored anywhere. This version of the operating system also comes with a significantly better HiDPI experience for people who own high resolution displays.

Daniel Foré and Cassidy James also caught up with Chris from Jupiter Broadcasting (Linux Action Show) to make the announcement and chat about the release as seen in the above video.