Earlier this month, Microsoft's UK store ran out of stock of all its Windows 10 Mobile devices. This week, its US store sold out of all unlocked models of the same handsets too. Now, it seems that Lumia has reached the end of the line, as the Microsoft Store is no longer selling any of the company's Windows Phone 8.1 or Windows 10 Mobile handsets in the US.

The first signs that the end was approaching for Lumia came back in February, when Microsoft launched the Lumia 650, which was said to be the last in the company's Lumia line. In August, Microsoft removed all mention of Windows handsets from its US store homepage, relegating 'Windows phone' to a dropdown menu instead.

Microsoft has removed all mention of Lumia/Windows phones from US Store homepage. Nothing under Windows 10 either. pic.twitter.com/4ZsYjmFTyk

This week, just one Lumia handset remained on sale: the AT&T-locked Lumia 950, available only in white. Now, that model has sold out too, leaving none of the company's Lumia handsets available to buy on its store.

The Windows phones page on the Microsoft Store lists thirteen products, but eight of these are out of stock. When more stock is expected on a temporarily sold-out product, Microsoft typically replaces the 'Add to cart' button with one that says 'Email me when available'. Instead, each of these products now has a grayed-out button, stating 'Out of stock': 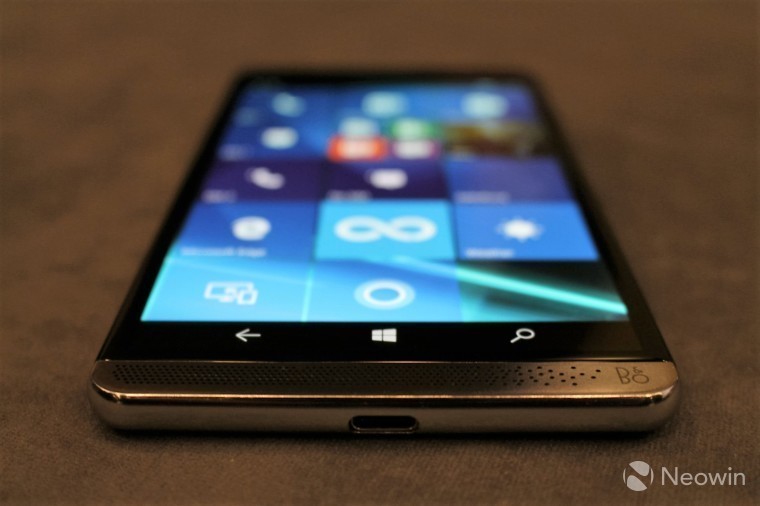 That leaves just five Windows phone products available to purchase on the store - none of them Lumias:

Of these four handsets, the Acer and HP come with Windows 10 Mobile pre-installed, while the BLU Win HD LTE ships with Windows Phone 8.1, but is eligible for an official upgrade to the newer version of the OS. However, the Win JR LTE model sold by Microsoft, with 512MB of RAM, is not eligible for that upgrade, so will remain stuck on Windows Phone 8.1. Both of the BLU devices are almost two years old, having launched in April 2015, so it's unlikely that they'll be available to buy for much longer.

While the Microsoft Store is out of Lumia stock in the US, you can continue to buy Lumia handsets from other retailers - and even Microsoft's brick-and-mortar stores - while their supplies last. Those options are becoming increasingly limited with each passing day, though; Best Buy, for example, is one major retailer that has completely exhausted its stock of Lumia phones.

With Microsoft's handsets at the end of their retail lives, the long wait begins for the next chapter in the company's mobile story. But the much-rumored 'Surface phone' - which may include the full Windows 10 OS, and support for 32-bit x86 desktop apps through emulation - is not expected to arrive until the end of next year, or perhaps as late as 2018.