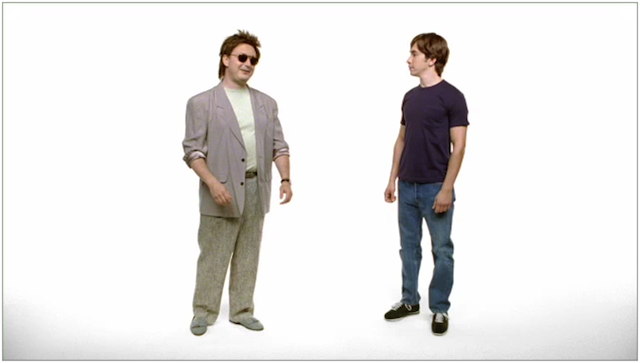 It seems that Steve Jobs and company are finally growing tired of their Get a Mac advertising campaign. Justin Long, the actor that regularly plays the role of the Mac in the commercials, has revealed to the A.V. Club that Apple is moving on:

AVC: What’s the status on those Apple commercials?

JL: You know, I think they might be done. In fact, I heard from John, I think they’re going to move on. I can’t say definitively, which is sad, because not only am I going to miss doing them, but also working with John. I’ve become very close with him, and he’s one of my dearest, greatest friends. It was so much fun to go do that job, because there’s not a lot to it for me. A lot of it is just keeping myself entertained between takes, and there’s no one I’d rather do it with than John.

Apple’s Get a Mac commercials were started back in 2006 by advertising agency Media Arts Lab as the successor to Apple’s Switcher ads. The long campaign characterized PCs and Macs through respective actors John Hodgman and Justin Long.